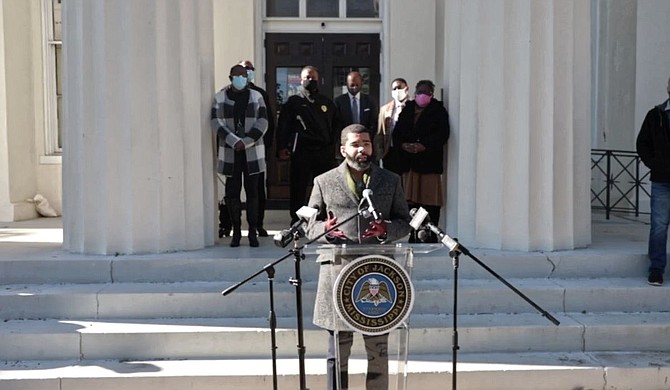 Mayor Chokwe A. Lumumba encouraged Jackson residents to get vaccinated this week as case numbers continued to surge. Jackson boasts almost 55% full vaccination, higher than the statewide average of 49% but lower than the nationwide average of 65%. Photo courtesy City of Jackson

Mayor Chokwe A. Lumumba called for increased vaccination among Jackson residents—especially those most vulnerable, such as the elderly—this week, citing high case numbers in Hinds County.