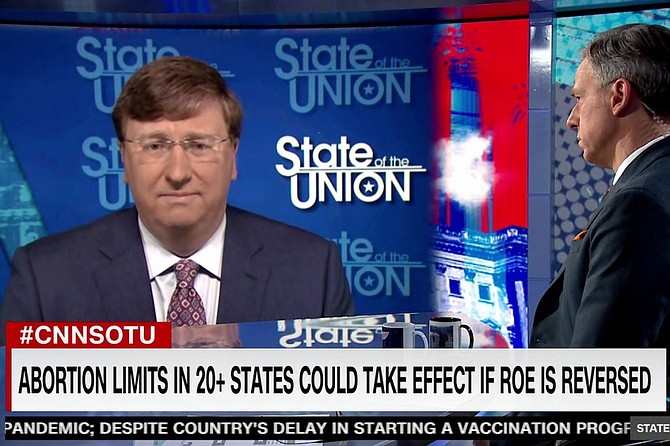 Mississippi Gov. Tate Reeves told CNN's Jake Tapper that his state will move to enact a 2007 "trigger law" banning nearly all abortions from the moment of conception if Roe v. Wade is overturned. Screenshot courtesy CNN

Gov. Reeves: Mississippi Will Ban Most Abortions From Conception If Roe Falls

Mississippi Gov. Tate Reeves recently confirmed that the state will swiftly move to enact a law banning nearly all abortions starting from the moment of conception if the U.S. Supreme ...