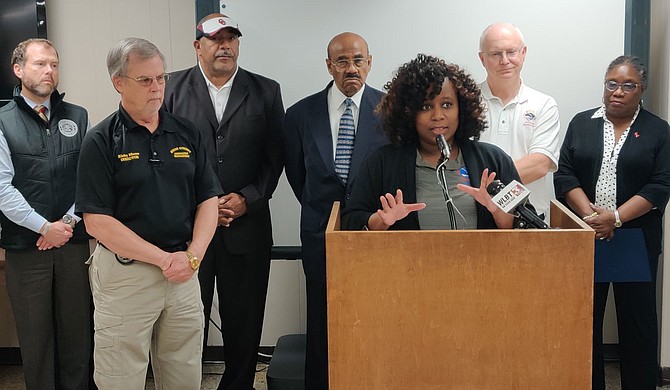 Felecia Bowser, senior meteorologist from the National Weather Service, joined officials from Hinds County and the City of Jackson to warn that the Pearl River has reached a dangerously high crest. Rainfall over the coming week could cause dangerous flooding. Photo by Nick Judin

The Pearl River is expected to crest at 35.5 feet by Saturday morning, the National Weather Service reports, one foot higher than the river reached during last month's catastrophic flooding.