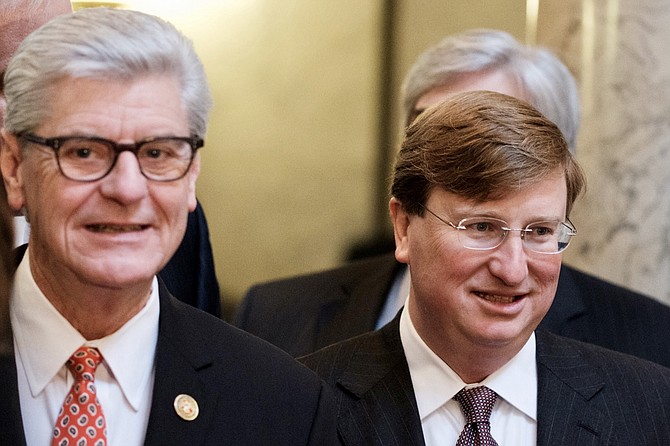 As lieutenant governor, Tate Reeves, right, has supported current Gov. Phil Bryant, left, in his decision to reject over $1 billion a year in federal funds to expand Medicaid access to about 300,000 more Mississippians. That is blamed for closure of rural hospitals. Photo by Ashton Pittman

Tate Reeves pushed typical conservative buttons on his way to primary victory. Tammy Pearson said he spent too much time "relying on his name-dropping of Trump," adding, "This is a ...