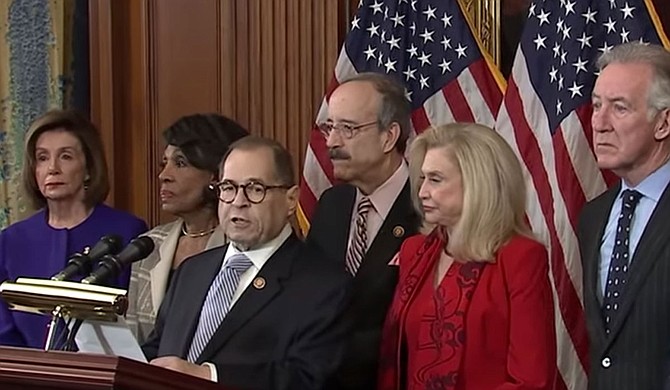 House Democrats announced two articles of impeachment Tuesday against President Donald Trump—abuse of power and obstruction of Congress—pushing toward historic votes over charges he corrupted the U.S. election process and ...