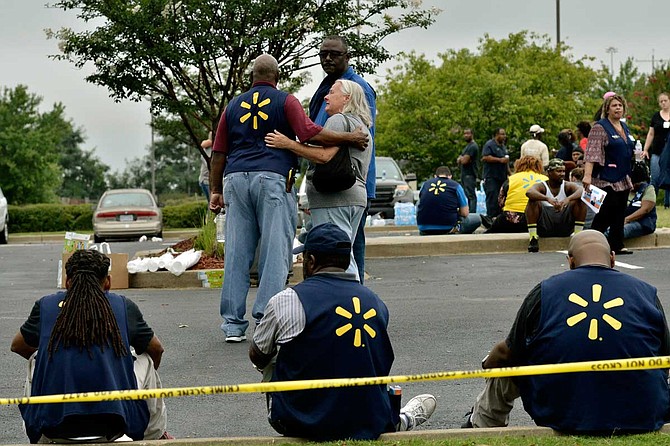 Authorities have said Martez Tarrell Abram was working at the Walmart and suspended the day before he killed two store managers before being shot and arrested. He was set to be turned over to authorities upon his release from the hospital. Photo by Brandon Dill via AP

A man accused of killing two people at a Mississippi Walmart and then setting part of it on fire is fighting extradition to the county where it happened.