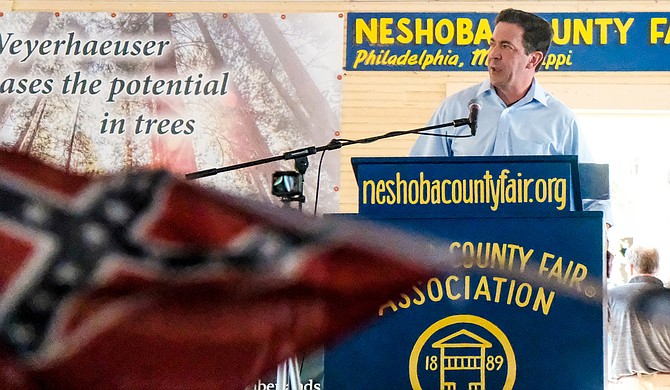 Mississippi State Sen. Chris McDaniel, a U.S. Senate candidate, drew boos from the crowd after he said black Mississippians have been "relying on big government to save you" for 100 years during a taping of MSNBC's Morning Joe in Oxford, Miss. on Sept. 14, 2018. Here, McDaniel speaks at the Neshoba County Fair.

The 38 percent of Mississippians who are black voters have been "begging for government scraps" for 100 years, Mississippi State Sen. Chris McDaniel, a Republican U.S. Senate candidate, said Friday ...