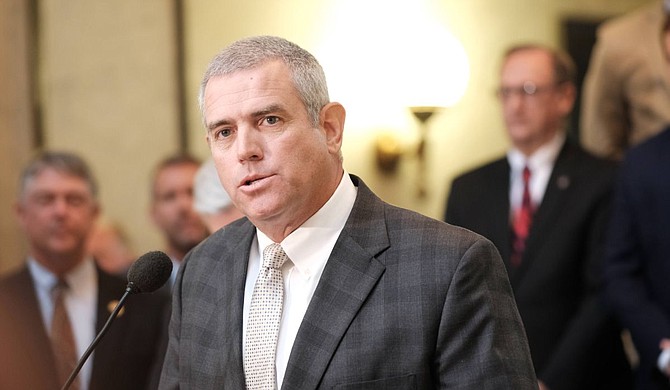 JACKSON, Miss. (AP) — Top Mississippi lawmakers on Friday increased estimates of how much tax money the state will collect this budget year and next.

Members of the Joint Legislative Budget Committee voted to increase the revenue estimates based on recommendations from the state economist, the state treasurer and three other experts who analyzed employment and other economic trends.

Although Mississippi remains one of the poorest states in the nation, it has enjoyed robust tax collections the past several months, partly because of federal pandemic spending.

Revenue estimates are the basis for writing state budgets. Legislators face deadlines this weekend to agree on tax and budget proposals for the the coming year.

Republican House Speaker Philip Gunn and Republican Gov. Tate Reeves are both pushing to phase out the state income tax over several years.

“We’re collecting more money from our citizens than we’re actually spending," Gunn said Friday. “We contend that we should give a portion of that back to the taxpayers.”

Republican Lt. Gov. Delbert Hosemann said he's reluctant to enact sweeping tax cuts because of uncertainties about how the economy will fare. He has proposed temporarily suspending the state gasoline tax, reducing the grocery tax and reducing but not eliminating the income tax.

“Other than God, nobody really knows what the next two or three years is going to do," Hosemann said. "So, I want to prepare in a conservative way that I feel comfortable that I’m not going to have to come back to my taxpayers two or three years from now and say, ‘Oops.’”

About one-third of Mississippi's tax revenue comes from the income tax. The poorest residents would see no gain from eliminating the income tax because they are not paying it now.

The general fund is the biggest state-funded portion of the budget, but Mississippi also has a capital expense fund and other sources of state money that can be spent. The state faces some increased expenses in the coming year, including a teacher pay raise plan that legislators passed and Reeves recently signed into law.