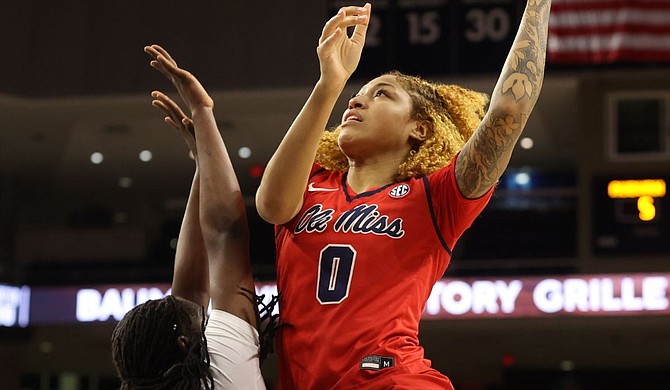 The University of Mississippi women’s basketball team finished fourth in the conference standings during the regular season. That finish allows the Rebels to earn a double-bye in the 2022 SEC Women’s Basketball Tournament.

The Rebels finished the regular season 22-7 overall and 10-6 in SEC play. UM finished a game behind the University of Tennessee in the standings to land in the fourth spot.

UM begins tournament play Friday, March 4, against Florida State University, who won against Vanderbilt University. Florida is the fifth seed and received a bye but Vanderbilt defeated Texas A&M University to earn the right to play the Gators.

When the Rebels do hit the court to play their opening game of the SEC Tournament, the team will be led by last season’s Gillom Award winner Shakira Austin. The Gillom Award is given to the most outstanding women’s basketball player at a four-year college or university.

The senior center from Fredericksville, Va., has played just as well this season leading the team in scoring, rebounding and blocks. Austin is averaging 15 points, 8.9 rebounds and 1.9 blocks per game.

She is 15th in the SEC in scoring, fifth in rebounding and third in blocked shots. Austin also averages 1.5 assists and 1.4 steals per game this season.

Austin will have help as the Rebels hit the postseason. The league coaches named Angel Baker Sixth Woman of the Year for the conference. She is averaging 10.3 points per game to give the team a spark off the bench.

The Rebels will face the Gators or Commodores at 2:30 p.m. with the game on the SEC Network. A victory for UM could mean a date with No.1 seed University of South Carolina in the semifinals on Saturday, March 5 at 4 p.m. on ESPN.

After the SEC Tournament finishes on Sunday, March 6, the Rebels will have to wait until Sunday, March 13, to find out their fate. The 2022 NCAA Women’s Basketball Tournament will feature 68 teams for the first time.

The bracket will be revealed and the Rebels should be a lock to make the tournament as the fourth best team in the SEC in the regular season. How well they play in the SEC Tournament could determine what seed they will earn in the NCAA Tournament.

The Women’s Tournament begins Friday, March 18th and Saturday, March 19, with the first round games for the final field of 64 teams. The Women’s Final Four will be on Friday, April 1, and Sunday, April 3.