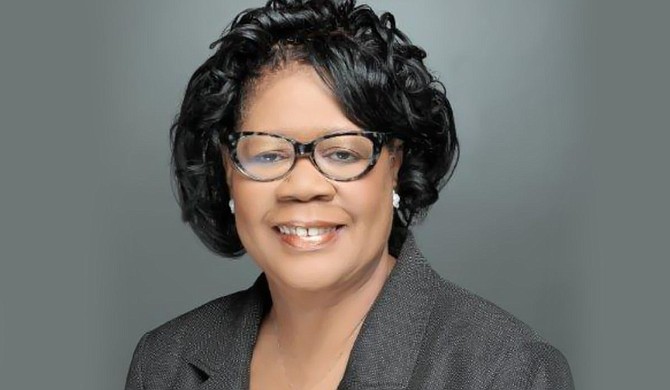 The Mississippi Association of Broadcasters recently named Elayne Anthony, chairwoman of the Department of Journalism and Media Studies at Jackson State University, as the next president of the Mississippi Association of Broadcasters. Anthony, who currently serves as vice president of MAB and will be the first journalism educator in the state to hold the position, will begin her term in 2023. She will replace Derrick Rogers, who has served on the board of MAB for roughly four years.

As chairwoman of the Department of Journalism and Media Studies, Anthony works with students and JSU faculty and staff on curriculum, scheduling and enrollment. She also serves as secretary to the treasurer of MAB and has been a member of the organization's board for four years.

When she assumes her new position in 2023, Anthony will coordinate with MAB's headquarters in Ridgeland and with owners and general managers of television and radio stations across Mississippi to offer services such as legal counsel and webinars, as well as in sales, research and aid in acquiring resources from the National Association of Broadcasters.

Anthony was born and grew up in Jackson and graduated from Jim Hill High School, where she was named Miss Jim Hill. She enrolled at JSU and received her bachelor's degree in speech communication with an emphasis on broadcasting in 1973 and a master's degree in educational technology in 1977. She later received a doctorate in organizational communication and broadcast law at Southern Illinois University at Carbondale in 1980.

"The reason I first got into journalism was because there were a lot of statements I wanted to make," Anthony says. "I wanted to get out there, do research, report and work as an anchor. I especially wanted to work the education beat during a time when there were very few women and African Americans in the field."

After graduating from JSU, Anthony began an internship at WJTV Channel 12, an affiliate of news station CBS, and later began producing the channel's evening broadcasts. She later served as the station's first African-American female news anchor for four years. After receiving her doctorate, Anthony joined the faculty at JSU for a year, later going into administration and serving as head of the Department of Mass Communication. She also served as spokesperson for the board of trustees for Jackson Public Schools.

She went on to hold the position of assistant superintendent of communications, staff development and pupil placement for JPS before moving on to Belhaven University, where she served as a professor of communications and chair of the Department of Communications for 17 years. While there, she received the Mississippi Humanities Council Teacher Award in 2014 for outstanding teaching.

Anthony has been a professor at JSU for more than 10 years. She originally served as director of Graduate Studies for the Department of Mass Communications before being appointed head of the department. Under her leadership, the department received national accreditation from the Accrediting Council on Education in Journalism and Mass Communication.

In addition to her work with JSU, Anthony has served on the Mississippi Board of Health since 2007 and currently serves as co-chair of the Audit Committee and chair of the Communication Committee for the Board. She is also a member of the Blood Services Board.

"The thing I take the most pride in regarding my work is all my current students and the ones I've served over the years who are now working in the media," Anthony says. "I've been glad to be an assistant to them along the way and to be able to watch all the work they've done on the local, regional and national levels."

Anthony and her husband, Eddie Anthony, have been married for 38 years and have a son named Willard Anthony and a grandson named Aiden Anthony.