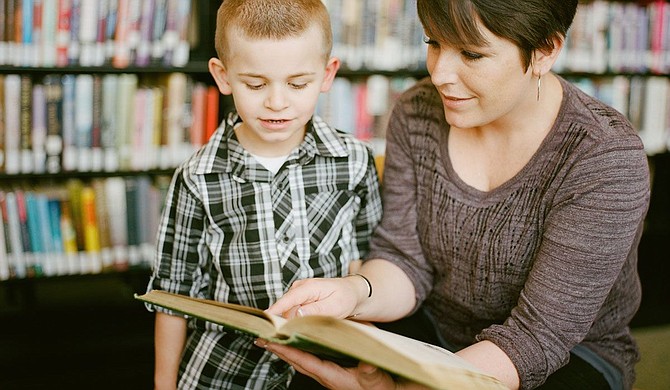 The House and Senate have passed separate plans to increase some of the lowest teacher salaries in the nation. Photo courtesy Adam Winger on Unsplash

They are about to further trim the list of issues for the 2022 session. Tuesday is the deadline for House and Senate committees to act on general bills and proposed constitutional amendments that already passed the other chamber. There are later deadlines for bills dealing with taxes, bonds and budgets.

Here's a look at some general bills:

TEACHER SALARIES — The House and Senate have passed separate plans to increase some of the lowest teacher salaries in the nation. The House plan would give raises of $4,000 to $6,000. The Senate proposes an average increase of $4,700 over two years. House Bill 530 has been sent to two Senate committees — Education and Appropriations. Senate Bill 2444 has been sent to the equivalent committees in the House.

RACE AND EDUCATION — Senate Bill 2113 would prohibit schools, community colleges and universities from teaching that “any sex, race, ethnicity, religion or national origin is inherently superior or inferior.” Black senators walked out in protest before the Senate passed the bill because of concerns that the proposal would limit teaching about racism. The bill is in the House Universities and Colleges Committee.

INITIATIVES — House Concurrent Resolution 39 would revive a form of an initiative process by allowing people to collect signatures on petitions to put proposed state laws on the ballot. The state’s old initiative process allowed people to collect signatures to put proposed state constitutional amendments on the ballot. The state Supreme Court ruled in May that Mississippi’s former initiative process was out of date because it required people to gather signatures from congressional districts that had not been used in two decades. The resolution has been adopted by the House and sent to the Senate Accountability, Efficiency and Transparency Committee. If both chambers adopt the resolution, the proposed constitutional amendment would go on a statewide ballot for voters to accept or reject.

EQUAL PAY — House Bill 770 and Senate Bill 2451 would require Mississippi employers to pay women and men the same amount of money for the same work. A 1963 federal law requires equal pay for equal work, but Mississippi is the only state without its own equal pay law. Some advocates of equal pay say the state proposals would not be effective because the bills would not ban prospective employers from asking about applicants’ previous salary history during the hiring process. The two chambers have passed their own bills. The House bill is in the Senate Judiciary A Committee. The Senate bill passed the House after being amended.

POSTPARTUM MEDICAID — Senate Bill 2033 would allow Mississippi’s Medicaid program to cover women for up to 12 months after they give birth, in an effort to reduce the state’s high rate of maternal mortality. The state’s Medicaid program usually allows two months of postpartum coverage. The Mississippi Division of Medicaid temporarily extended postpartum coverage to women who enrolled in the program while pregnant, with no time limit, as a condition of federal COVID-19 relief funding signed in 2020 by then-President Donald Trump. A similar bill passed the state Senate in 2021 but died during final House-Senate negotiations. This year's bill has passed the Senate and awaits action in the House Medicaid Committee.

COVID VACCINATION EXEMPTION — House Bill 1509 says Mississippi government entities could not withhold services or refuse jobs to people who choose not to get vaccinated against COVID-19. It also says private businesses and government entities could not require a COVID-19 vaccination for any employee who has a “sincerely held religious objection.” The bill has passed the House and has been sent to the Senate Rules Committee.