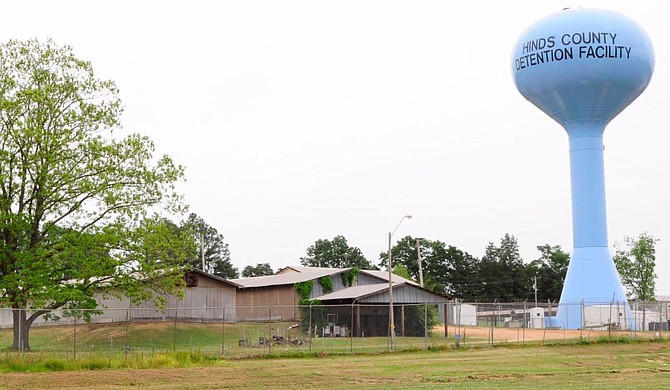 JACKSON, Miss. (AP) — A federal judge has issued a civil contempt order against Mississippi's largest county, saying officials have failed to fix more than two dozen problems in a jail plagued by violence and lax security.

The U.S. Justice Department sued Hinds County in 2016 after it had found unconstitutional conditions at the county's jail in Raymond, including “dangerously low staffing levels," violence among detainees and violence by staff against detainees. It also found problems with treatment of juveniles and suicidal detainees. And, it said, the jail had cell doors that would not lock.

Hinds County supervisors agreed to a federal consent decree in 2016, saying it would correct the problems.

Supervisors promised again in 2020 to fix the problems as the county faced the threat of being held in contempt of court.

“It is now 2022. Many of the problems the Board promised to address have not been corrected,” U.S. District Judge Carlton Reeves wrote in his contempt order Friday.

The order noted that the courts can set financial penalties for civil contempt orders.

Hinds County Sheriff Tyree Jones, who was elected in late 2021, told WAPT-TV that the jail has had problems since it opened in 1994, and those have continued to get worse. Jones said he is working on a plan to hire more detention officers.

“Whatever I can do to prevent death, serious bodily injury in our detention facility, I’m currently dedicated to doing that,” Jones said.

The legal action over the Hinds County jail is separate from an investigation that the Justice Department began in February 2020 after an outbreak of violence in Mississippi prison system.

Reeves wrote Friday that the situation at the Hinds County jail “deteriorated significantly in 2021.” He wrote that a monitoring team found in May that “there continue to be fires set by inmates, there is an extremely large amount of contraband in the facility including drugs.”

The first death occurred in March of that year, when nobody carried out a nurse's order to hospitalize a person who had been arrested, the judge wrote. The person collapsed, and someone went to get automated external defibrillator from the jail's medical unit, but the device had no pads and could not be used. The person died.

The fourth death, by drug overdose, occurred in August. Reeves wrote that inmates said they called for assistance for that person for five hours and the jail staff did not respond.

The consent decree and a monitoring team were approved by U.S. District Judge William H. Barbour Jr., and the case was transferred to Reeves when Barbour took senior status in December 2018.