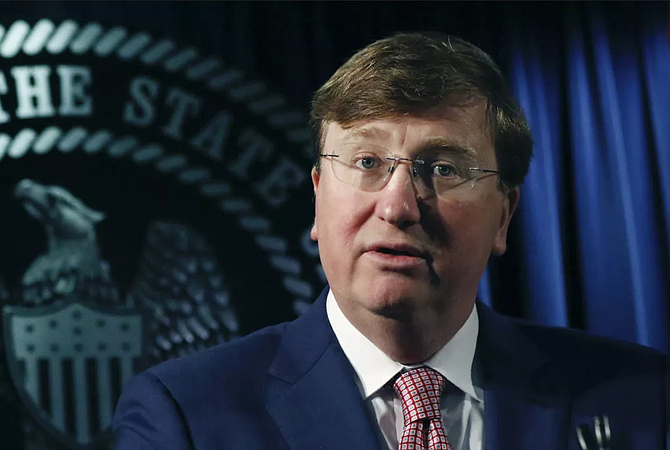 Gov. Tate Reeves signed a $524-million state income-tax cut into law, predicting it would have “a tremendous impact on our economy for years and years to come.”

Mississippi Gov. Tate Reeves signed an income-tax cut Tuesday afternoon that will eliminate $524 million from state revenues. House Bill 531, known as the Mississippi Tax Freedom Act of 2022, eliminates the state’s lower tax bracket and cuts 1% off the top bracket. The new income tax will phase in over a four-year period, starting in 2023.

The legislation ends Mississippi’s 4% tax bracket on income between $5,000 and $10,000 and phases out the remainder of its 3% tax on income under $5,000. Mississippi House Speaker Philip Gunn had wanted to eliminate the state income tax completely, but Mississippi Senate leaders called such an action too drastic and said it would not be fiscally responsible.

“It’s not ‘Field of Dreams.’ I don’t print money,” Lt. Gov. Hosemann told Mississippi Free Press State Reporter Nick Judin in late 2020. “We have to have enough funds to pay for highway patrol, education, all the other things we pay for as a state.”

Speaker Gunn previously served as chairman of the American Legislative Executive Council’s national board, a right-wing organization that produces model legislation for state legislators across the nation to introduce in their chambers and which has focused for years on abolishing state income taxes. He remains on ALEC’s board.

The compromise bill Gov. Reeves signed into law Tuesday does not include earlier proposals that would have cut the state’s tax on groceries or car-tag fees. With no reductions in sales taxes, the legislation offers the most help to wealthier Mississippians who pay a larger share of income taxes than low-income and working class residents.

“This isn’t just a tax cut; it’s an investment in Mississippians,” Gov. Reeves said at the bill signing. “And as we’ve said before, this is the ideal time to do it. Over the last few years, our state has consistently and dramatically outperformed our revenue expectations. We’ve brought in billions of dollars more than initially projected.

“It is the fulfillment of a fundamental promise that conservatives made on the campaign trail that we would bring fiscal prudence and financial responsibility to Mississippi’s government.”

But Mississippi remains one of the most reliant states on federal dollars, with a May 2021 study placing Mississippi third on federal dependence behind Alaska and New Mexico. Mississippi also has the highest poverty rate in the nation, and the state has struggled in recent years to meet its own standards for fully funding public education or to invest in needed infrastructure repairs. Lawmakers adopted a state lottery in 2018 to help fill the gap in funding for roads and bridges and later amended it to also send funds to schools.

“They have insisted that the state is floating in money and can afford a $524-million tax cut, so ‘we can’t afford it’ is no longer an excuse. Legislators should be held to account if they vote to fund massive tax cuts … before making a sincere and significant effort to close the funding gap for the more than 400,000 children in our public schools.”