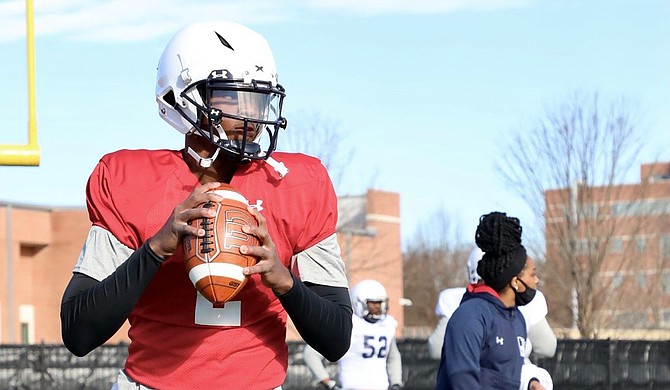 After being cancelled due to COVID-19, the Southern Heritage Classic returned for the 2021 season. Jackson State University and Tennessee State University once more met in Memphis, Tenn., to renew the annual clash.

Jackson State struck first with a 14-yard touchdown pass by Shedeur Sanders to Joshua Lanier late in the first quarter. Tennessee State would tie the game up with a little over nine minutes left to play in the half.

The Tigers took the halftime lead with a field goal with 36 seconds left to play in the second quarter. A close battle at the break with JSU leading 10-7 would quickly become a rout in the second half.

Sanders stretched the lead to 10 points after finding Keith Corbin on a 67-yard strike to make the lead 17-7. Shane Hooks would get in on the action when Sanders found him for a 10-yard touchdown pass to stretch the lead to 24-7.

Tennessee State would cut the JSU lead to 14 after tacking on a field goal. JSU would up the lead to 21-points after Warren Newman took an 81-yard punt return to the endzone.

JSU ballooned the lead to 28-points after Peytton Pickett scored on a four-yard run to make it 38-10. Tennessee State would score a late touchdown with six seconds left but the game was already decided.

Sanders, son of head coach Deion Sanders, enjoyed his best game as a college football player. He threw for 362 yards on 30 of 40 passing with three touchdowns.

The Canton, Texas, native set a Southern Heritage Classic record with his 30 completions and he completed passes to nine different receivers. Sanders put on a spectacular performance in the Tigers 38-16 victory.

His performance earned him SWAC Offensive Player of the Week and FCS Freshman of the Week honors. Sanders wasn’t the only Tiger to get recognized by the league office for their performance in the Southern Heritage Classic.

JSU hits the road this week to face the University of Louisiana-Monroe and their toughest test so far this season, on Saturday, Sept. 18. The Tigers and Warhawks kickoff at 7 p.m. with the game being broadcast on ESPN3.