Mississippi Senator Sworn in for Seat He Previously Held 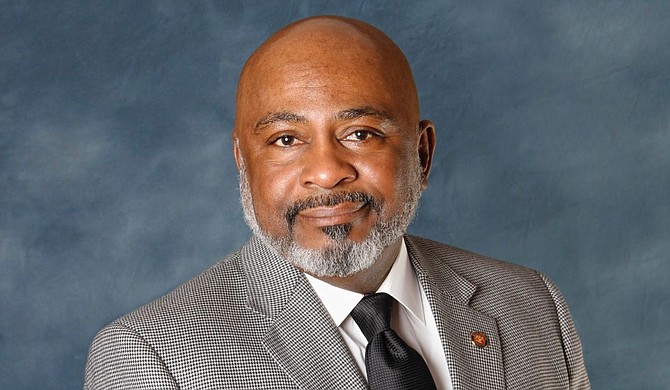 Democrat Kelvin Butler of Magnolia was sworn in to the Mississippi Senate on Tuesday, returning to the seat he previously held for 12 years. Photo courtesy State of Mississippi

JACKSON, Miss. (AP) — Democrat Kelvin Butler of Magnolia was sworn in to the Mississippi Senate on Tuesday, returning to the seat he previously held for 12 years.

Butler won a Nov. 2 special election in Senate District 38, which has all of Wilkinson County and parts of Adams, Amite, Pike and Walthall counties in the southwestern corner of the state. He will serve the final half of a four-year term started by Democrat Tammy Witherspoon, who resigned during the summer when she became mayor of Magnolia.

Butler was first elected to the Senate in 2003. He chose not to seek a fourth term in 2015, running instead for Pike County chancery clerk.

A special election to fill the state Senate District 32 seat will be decided in a Nov. 23 runoff. Rob Hickman and Dr. Minh Duong were the top two finishers in a nine-person race on Nov. 2.

District 32 includes all of Kemper County and parts of Lauderdale, Noxubee and Winston counties in eastern Mississippi. Democratic Sen. Sampson Jackson stepped down June 30, saying he was ready to retire after a long career in state government.