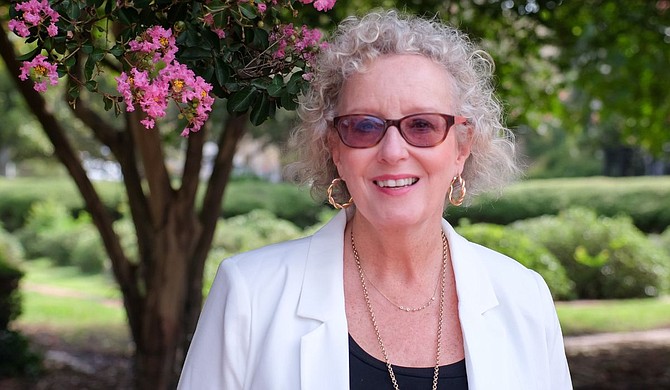 Jackson City Council President and Ward 7 Councilwoman Virgi Lindsay voted on Tuesday, Nov. 9, for the ordinance establishing code of ethical conduct for the members of the council. Violations attract a $500 fine and possible removal from office. Photo by Delrico Harris

After introducing the ordinance at a special meeting on Oct. 28, the Jackson City Council adopted a code of ethics on Tuesday, Nov. 9, with violations attracting a $500 fine and possible forfeiture of office.

The order addressed conflict-of-interest issues and the handling of privileged information.

"A councilmember shall make public any conflict of interest the member has with respect to any issue under consideration by the council," the council wrote in the order. "The nature of such conflict need only be described in terms that make clear the existence of a conflict."

A council member cannot participate in discussions of a subject or vote on it while having personal, financial, or property involvement; or is related to the parties in the first degree or has a contractual or employment relationship with them.

It added that members must state the nature of casual relationships and can, after that, participate.

The order mandates that council members must separate their personal opinions from the council's views as a whole in public communications, even if writing to a citizen using the City's stationery. It also prohibits divulging privileged council information made in the executive section to the public unless the information has become public by other means.

"Councilmember shall maintain decorum and set an example for conduct when the councilmember represents the City of Jackson," the council wrote. "Councilmembers shall conduct themselves so as not to bring disgrace or embarrassment upon the city."

The ordinance prohibits using the office for personal gain, "especially financial gain, including particularly the acceptance of gifts and gratuities."

"A councilmember shall not make false statements on which the council, city staff, or other agencies rely to establish policy or make important decisions," they added. "A councilmember violates this rule if he/she knows it is untrue, or if the person has knowledge that would lead a reasonable person of ordinary prudence to conclude that the statement is untrue."

In a portion of the ordinance that pertains to former members, the council wrote that "No former member of city council shall have a financial interest in a significant contract with the city, within 13 months following the expiration of the former member's most recent term of office."

"Any Councilmember violating the provisions of this chapter is liable to the City of Jackson for a penalty in the amount of $500.00 (five hundred dollars) at his/her own expense, in addition to such other civil or criminal liability or penalty as may otherwise be imposed upon the member by law," the council added.

"In addition to all other penalties, civil or criminal, the violation by any Councilmember of the provisions of this chapter may be grounds for forfeiture of his or her office."