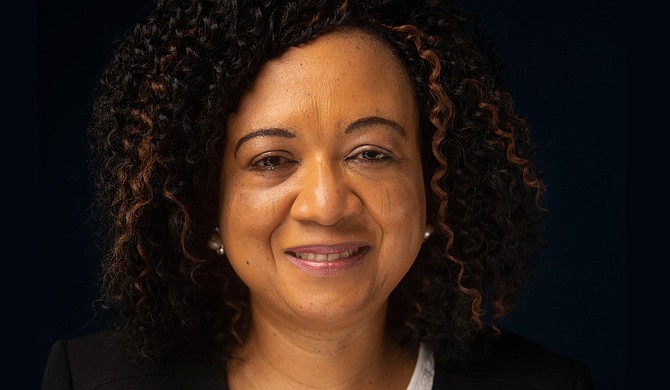 Jackson State University named Lydia Didia as an assistant professor of accounting in its College of Business in fall 2020. Photo courtesy Lydia Didia

Jackson State University named Lydia Didia as an assistant professor of accounting in its College of Business in fall 2020. The courses she teaches primarily focus on advanced managerial accounting, auditing and how to manage a nonprofit organization.

"Keeping books isn't only about adding or subtracting numbers," Didia says. "It's important to be as prepared as you can, especially in the midst of this pandemic. I want to be able to help students connect with businesses in the Jackson metro and beyond and teach them about the practical aspects of business management."

Didia was born in Zamfara State in Nigeria and attended high school at the country's Federal Government Girls College. Didia and her husband, Dal Didia, got married in 1992. Her husband immigrated to the United States later that year, and Didia followed in 1993. The couple settled in Brockport, N.Y., where Didia enrolled at the University of New York in the city.

After Didia received her bachelor's degree in accounting from UNY in 1998, the couple moved to Brandon, Miss., and Didia enrolled at Jackson State University, where she received a master's degree in business administration in 2003.

Didia worked as an auditor for the Mississippi Department of Revenue until 2012, where she was primarily responsible for auditing financial records for businesses and helping them manage their income taxes and state taxes. She also taught courses on complying with Mississippi's financial rules and regulations for new auditors.

In 2012, Didia began pursuing a doctorate in business administration with a concentration in accounting from JSU, which she received in 2016. While studying for her doctorate, she also taught at JSU as a graduate assistant and worked as an adjunct professor at Belhaven College in Jackson. After receiving her doctorate, Didia taught at Penn State Harrisburg in Middletown, Penn., until she returned to Mississippi to take her current position with JSU.

Didia is a certified public accountant licensed in Mississippi and has published peer-reviewed journals on topics such as how rules and regulations affect different stakeholders' behavior in the U.S. and developing countries. Her work has appeared in the Journal of Applied Economics and Business Research, Southwestern Economic Review and the Journal of Finance and Audits.

"I've long had a great love for numbers, which is what drew me to accounting and finance in the first place," Didia says. "Accounting is the pulse of any organization or business, and it feels great to be able to help people understand it, especially when many may not know about managing their finances. What I've come to love most about teaching at JSU is the impact I know I'm having on students by helping them to grow and become something in society by applying what they've learned out in the world."

Didia and her husband have four children, Obi, Kechinye, Ruhuks and Manuchim, and two grandchildren, Jayden and Abigail.