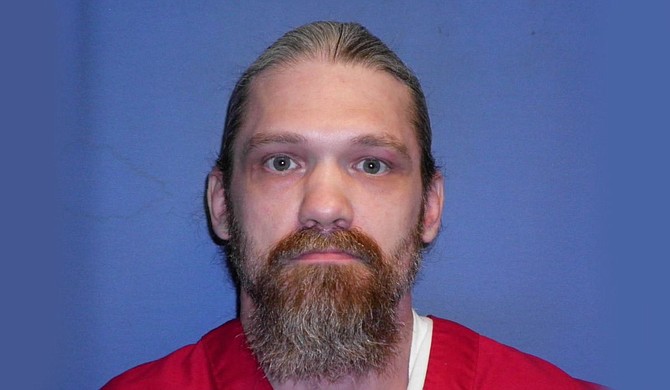 After serving 24 years on death row, Blayde Nathataniel Grayson sent a letter to the Mississippi Supreme Court requesting the court drop his appeals and grant him a speedy conclusion to his sentence. Photo courtesy Mississippi Department of Corrections

Mississippi could execute its second inmate this year after a nine-year hiatus, if the Mississippi Supreme Court grants Blayde Nathataniel Grayson’s request for execution.

Twenty-four years after his conviction for the murder of 78-year-old George County resident Minnie Smith during a home burglary, Grayson submitted a hand-written letter to the Supreme Court requesting a dismissal of his ongoing federal appeal and a speedy execution.

“Sirs & Ma’ms I drop my appeals and thank the courts of our nation for doing its burdensome duty,” Grayson wrote in his hand-written letter to the court. “Please with expedience carry out the justice myself, and the victims’ families and my own family has waited for now 25 plus years!!!”

“Given these circumstances, we believe that any pro se motion or action to be taken at this time must be addressed in the context of the pending federal action and by the federal district court,” Voisin wrote. “Thus, this Court should dismiss the pro se motion at this time.”

The long-time resident of the Mississippi State Penitentiary, better known as Parchman Farm, mentioned the recent execution of David Neal Cox in his Nov. 28 request to the court.

“To the rights given under the past ruling of the court, Mr. David Neal Cox, I ask to see that my execution should be carried out forthwith,” Grayson said.

The State executed David Neal Cox on Nov. 17, after serving his sentence on death row since his conviction in 2012.

Since his execution, new information shows Cox admitted to the 2007 murder of his sister-in-law, Felicia Cox, before his death. Cox confessed the previous killing to his lawyer on condition that his client-attorney privilege be waived after his death. Cox also indicated where Felicia’s remains may be buried.

“We are hopeful that the information is accurate and that recovery efforts will be successful so that Felicia’s family may give her a proper burial,” District Attorney John Weddle said in a Monday press briefing.