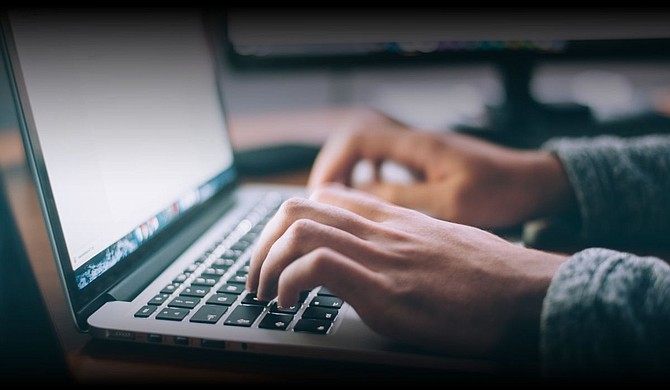 Seven members of the recently suspended Pi Kappa Alpha fraternity at the University of Mississippi have been arrested after they were accused of using social media to harass a former frat member who reported the organization for hazing. Photo courtesy Glenn Carsten Peters on Unsplash

JACKSON, Miss. (AP) — Seven members of the recently suspended Pi Kappa Alpha fraternity at the University of Mississippi have been arrested after they were accused of using social media to harass a former frat member who reported the organization for hazing.

The fraternity members were arrested Friday after turning themselves in on cyberstalking charges, according to Lafayette County Justice Court records. They were released after a judge set bond for $5,000 each.

Jay Carmean, an Oxford-based attorney representing four of the students, declined to comment on the case to The Associated Press on Wednesday. Court records did not name an attorney for the other three students.

University of Mississippi spokesperson Lisa Stone told the AP the university is aware of the charges and is cooperating with investigators. She said university officials are reviewing the allegations internally, but cannot comment on an active criminal investigation.

The seven students have not been indicted. A Lafayette County grand jury will likely hear the cases when they meet in early February and determine whether any crimes were committed. An arraignment date is set for Feb. 28.

The students are accused of using social media to harass a former fraternity member who reported an incident of hazing at the fraternity house.

During an Oct. 11, 2020, hazing ritual, pledges were blindfolded with their neckties and made to sit in a hallway, according to a university campus police report. Active members then “yelled, screamed, threw liquids and things” on the pledges, and made them squat against the wall while reciting phrases.

One fraternity member “grabbed a bottle of bleach or surface cleaner and started spraying it on a few pledges,” according to police. “During this time, one of the pledges threw up from inhaling some of the substances in his mouth, and another one had to go to the hospital because the bleach got into his eyes.”

University of Mississippi officials said then they suspended a student in the case. On Nov. 17, 2020, university police charged a fraternity member with aggravated assault.

After the incident, the 158-member chapter was sanctioned, meaning members had to sign an anti-hazing agreement and receive anti-hazing education.

The fraternity was then suspended from campus until 2025 last month after another hazing incident was reported, breaking the agreement.

The 20-year-old student who reported the 2021 hazing incident was one of the students who was hazed during the first incident last October. His mother, Robyn Yerger, told the Clarion Ledger he reported the 2021 incident after seeing photos of the hazing on social media.

Yerger said her son has since left the university and enrolled virtually at a community college, but he is still recovering from the physical and emotional toll of what he experienced. As a result of ingesting bleach, he was diagnosed with Grade 4 severe erosive esophagitis.

In October, the Clarion Ledger reported that he filed a civil lawsuit in October against The Pi Kappa Alpha International Fraternity, Gamma Iota chapter of Ole Miss, officers of the chapter and others, requesting a jury trial and $10 million in damages.