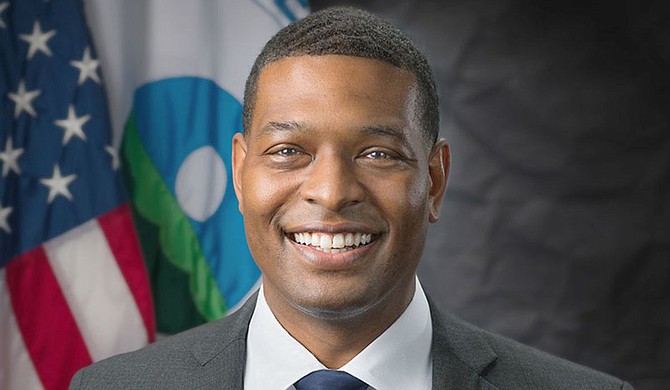 It's unclear how the money will be allocated within the state, but EPA Administrator Michael Regan said states should prioritize underserved communities, calling the law "a historic opportunity to correct longstanding environmental and economic injustices across America."

“Every state in America has disadvantaged communities - rural, urban, suburban - that have deeply rooted water challenges, whether it is too much, too little, or poor-quality water,” Regan said in a letter to governors Thursday. “These communities have never received their fair share of federal water infrastructure funding."

Regan said communities like Jackson with “critical water infrastructure needs” will be encouraged to apply for funding. The EPA is allocating $7.4 billion in funding to U.S. states, tribes and territories in 2022. Nearly half of that will be available as grants or principal forgiveness loans.

The announcement and Regan’s letter come just weeks after the EPA administrator toured Jackson’s O.B. Curtis Water Treatment Plant during a stop on his “Journey for Justice” tour.

According to the EPA, the weeklong trip was designed to raise awareness about “environmental justice concerns in historically marginalized communities, and hear firsthand from residents dealing with the severe impacts of pollution in those areas.”

The EPA examined Jackson’s water treatment plants in February 2020 at the behest of the Mississippi State Department of Health. The federal agency found conditions at the plants presented “an imminent and substantial endangerment to the persons served by the system.”

The EPA subsequently sent the city an emergency order over the water system in March 2020, along with notices of noncompliance in May 2020 and April 2021.

Starting July 1, Jackson entered into a “Safe Drinking Water Administrative Order on Consent” with the EPA that sets a definitive schedule for work on water treatment facilities and water delivery systems.

Jackson has about 161,000 residents. Its water infrastructure woes are well-known and decades old.

A winter storm that coated large parts of the South in snow and ice in February caused machinery at one of Jackson’s water treatment plants to freeze. That left parts of the city without water for weeks, and the entire city remained under a boil water notice for a month because of low pressure.

Two new lawsuits filed in October claim hundreds of children have been exposed to dangerous lead levels through the drinking water in Jackson.