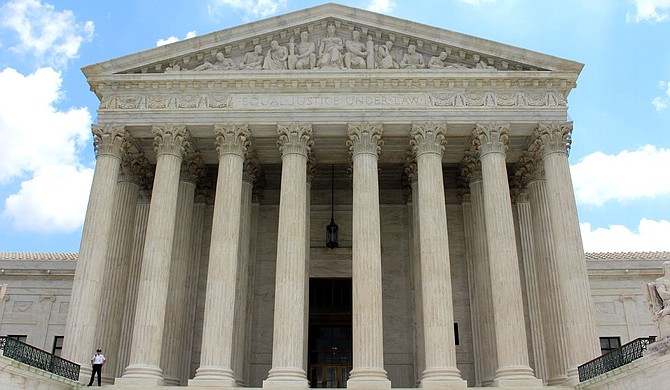 The U.S. Supreme Court heard oral arguments this week in the case of Dobbs v. Jackson Women’s Health. A final decision is not expected until later next year. Photo credit Claire Anderson on Unsplash

After hearing oral arguments in the case of Dobbs v. Jackson Women’s Health, the U.S. Supreme Court will soon cast preliminary votes that move the court closer in deciding the fate of Mississippi women’s reproductive rights.

Justices will privately cast their votes this week, though a final ruling is not expected until later next year. After hearing two hours of arguments on Wednesday, the majority-conservative court seemed aligned toward upholding Mississippi’s ban on abortions past 15 weeks of pregnancy.

“Roe versus Wade and Planned Parenthood 12 versus Casey haunt our country,” Mississippi Solicitor General Scott G. Stewart began. “They have no basis in the Constitution. They have no home in our history or traditions.”

Chief Justice John Roberts spoke on the matter of fetal viability, questioning why 15 weeks after conception would not be enough time to make a decision.

“If you think that the issue is one of choice, that women should have the choice to terminate their pregnancy, that supposes that there is a point at which they’ve had the fair choice, the opportunity to (choose),” Roberts asked. “And why would 15 weeks be an inappropriate line? Viability, it seems to me, doesn't have anything to do with choice. But if it really is an issue about choice, why is 15 weeks not enough time?”

Justice Sonia Sotomayor cautioned that upholding the ban may cause harm to the Supreme Court as an American institution if it is seen to rule on decades-old case law after changing multiple members of the court.

“Will this institution survive the stench that this creates in the public perception that the Constitution and its reading are just political acts?” Sotomayor asked. “I don't see how it is possible.”

Gov. Tate Reeves expressed his hopes for the court to uphold the ban in an interview with Fox News on Tuesday.

Meanwhile, protests at home continued on both sides while Misssissippi’s only abortion clinic, dubbed the Pink House by supporters, took in patients as they do every week.

The clinic will continue to see patients while the court weighs private votes and opinions. In the meantime, music blares out from the clinic to counter the voices of protest that occur on many days.