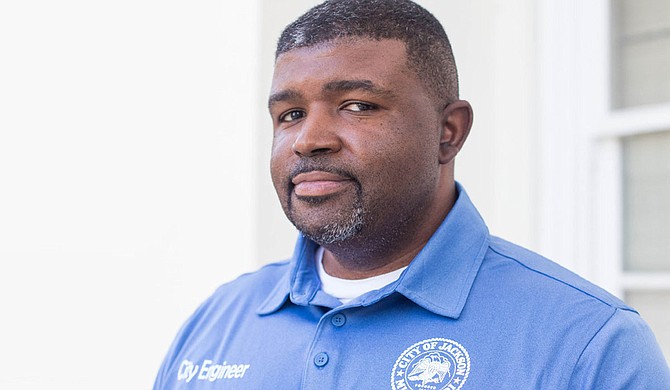 Water production at the O.B. Curtis water treatment facility will get a boost after the City of Jackson spends $1,223,990 restoring a portion of it, Public Works Director Charles Williams told the Jackson City Council at its April 13 meeting. The council approved the funding.

Williams explained that during the February winter storm, which caused weeks-long disruption in water supply, Suez Water Technologies and Solutions visited the plant and subsequently presented a proposal to repair one of the two out-of-operation membrane trains, which purifies water in the plant before release to the public.

Out of six membrane trains, only four functioned during the winter storm, the director told the city council on Tuesday, as he defended the funding request to repair “membrane train no. 1” at the plant, noting that it will help the city withstand the event of another winter storm better. "If we did not have the four running, we would not have been able to service anyone in the city. We primarily (during the winter storm) had to rely on the membranes and membrane section just to supply some water to the city," he said.

The plant has conventional and membrane sides. "What this (funding) would do is help us improve our capacity," he added. "On the conventional side, we have 25 (million-gallons-per-day). And if all six (membrane) trains are running, we'll have an additional 25 MGD, which would be a total of 50 MGD that we could provide the city with water. And that is excluding what we can have from (J.H.) Fewell (water treatment plant).”

Williams wrote that the "membrane train no. 1" has not been in service for several months “reducing the City’s ability to produce safe drinking water” in his memorandum to the mayor dated April 6, 2021, and presented at the council meeting as part of the funding request documentation.

"We currently have two trains that are down," Williams said at the council meeting. "And that is limiting our production on the membrane train side."

"What this (funding) will do is this will help us get train number one back in operation," he added. "And then secondly, we were already advertising for train number five, and the objective is to have all six trains up and efficiently running by September."

Williams also said that the low salary structure hinders personnel recruitment into the department and has provided a proposal for at least a 20% increase.

"I think, holistically through the department, retention has been difficult and not so much just the vacuum and jet truck drivers, but I think we have to look at our water-sector employees too. And those who are providing a service making sure that our plants are operating correctly and then responding also to the sewer calls."

Mississippi residents are eligible for $200 million in federal rental assistance from Coronavirus Response and Relief Supplemental Appropriations Act of 2021.

"One of the programs that I think is going to really help folks out is a program with Mississippi Home Corporation called the Rental Assistance for Mississippians Program," Ward 4 Councilman and District 66 Rep. De'Keither Stamps told the city council Tuesday. "There's $200 million in rental and utility assistance that has to be spent by September. Landlords can apply for it, but the tenant has to also submit some supporting documentation."

Mississippi Home Corporation on the online portal said that those who qualify include landlords with tenants behind on rent, the tenants that are behind on rent and renters with total household income below 80% of area median income.

"This funding can be used for rental assistance, rental arrears, as well as utilities and home energy costs including electricity, gas, water and sewer, trash removal, and energy costs, such as fuel oil," the corporation wrote in a March 29 statement announcing the opening of the portal. "The funding CANNOT be used for telephone, cable, or internet expenses."

Stamps said eligible households may receive up to 15 months of assistance to make rent and utility payments current. "The landlord can apply online for all the different tenants, and then the tenants will be contacted to supply information," he said. "About half of our property in Jackson is a rental. So this could be a huge stimulus, huge help for our renters, and a huge stimulus for our landlords across the city to be able to recover from the downturn of last year."