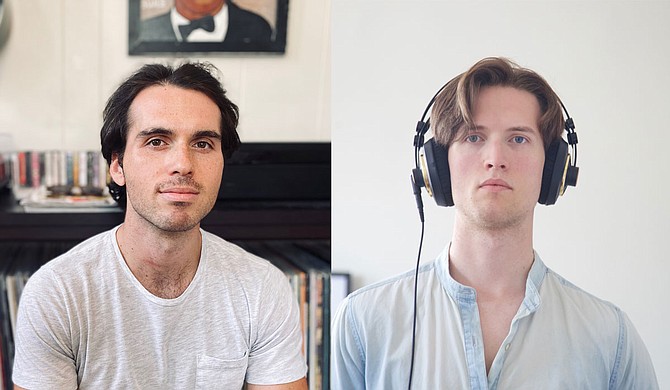 For the album, Spencer Nessel (left) provides vocals as well as guitar and ukulele instrumentals. In addition to vocals, Andrew Burke (right) plays keyboard, bass and other instruments for the album. Photo courtesy Spencer Nessel

Spencer Nessel, a Jackson native who describes himself as a music fanboy, has known he secretly wanted to perform himself ever since he started attending the live shows of his schoolmate Andrew Burke's pop band, The DaVincis, during his junior year at St. Andrew's Episcopal School.

"Going to see live music back then was so impactful for me. I definitely fell in love with music more by going to see them play live," Nessel says. 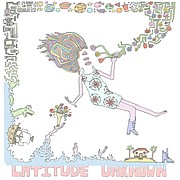 "I was 16 and didn't have any romantic interests, so seeing music was pretty much the coolest thing I could do with my time."

The onset of COVID-19 and the subsequent quarantines provided the free time that led Nessel, who began playing guitar in college, to send an instrumental recording to Burke.

As someone who works in freelance music composition and production, Burke then used his skills in sound editing and mixing to transform the recording into a produced track, "Pez De Spencer."

Banking off the momentum of their first collaboration, the twosome decided to solidify as a music group in March, adopting the name Latitude Unknown. Their indie-pop band largely takes inspiration from the bossa nova style of music, with influences from Brazilian jazz, electronic and pop.

"Latitude Unknown is really a project born out of the pandemic in a lot of ways. Both of us (were quarantining), and we really needed an outlet for our creative energies," Nessel says.

In the six months since forming, Latitude  Unknown has developed a self-titled, six-track EP, which released on Sept. 4. Burke produced the music for the tracks, while he and Nessel wrote the songs together. New Orleans artist TYPFY Art (typfy.com) created the cover art for the album.

The EP explores themes of anxiety. A lot of the lyrical work, Nessel says, came from conversations he has had with others since the band formed—both in relation to the pandemic and to other struggles they may be facing, such as making life changes, for example.

Working remotely from each other, Burke and Nessel each recorded portions of their contributions at home. The latter recorded his vocals at a New Orleans-based studio with the help of a friend and fellow musician, Matthew Sefarian, who leads his own band, Matt Surfin' and Friends.

"The (song-creation) process involved a lot of us sending voice memos back-and-forth to each other to get the ideas off the ground," Nessel says.

Nessel accredits the support he has received from his friends as instrumental to the album's release.

"This EP was, in many ways, a dream-come-true for me in being able to release music. It's definitely the product of a lot of friendship," he says. "I was very insecure as a young musician, [but] having someone like Andrew  believe in me enough to work with me really helped me keep going. ... It really gave me the courage to create."

Listen to Latitude Unknown on Spotify, YouTube, iTunes and other music-streaming services.