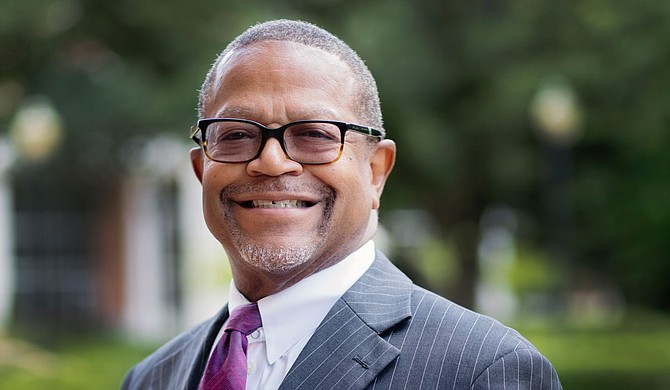 JACKSON, Miss. (AP) — Today’s science students are tomorrow’s problem solvers, and a Jackson educator has dedicated his 45-year career to mentoring and recruiting women and minorities into the fields of science, technology, engineering and math.

Along the way, he has secured more than $60 million in grants to promote STEM careers.

Because of his work, the Clarion Ledger is recognizing William McHenry, executive director of Jackson State University’s Mississippi e-Center, as its 10th “Community Hero.”

McHenry also was one of 12 individuals nationally to be recently awarded a 2020 Presidential Award for Excellence in Science, Mathematics, and Engineering Mentoring for his pioneering work on broadening participation of individuals from underrepresented groups in sciences.

“Jackson State University appreciates the continuous impact Dr. McHenry has made in the field of STEM education through mentorship,” Thomas K. Hudson, J.D., acting president of JSU, said in a news release about McHenry’s national recognition. “Throughout his career, he has worked tirelessly to expand opportunities for students in Mississippi and beyond.”

McHenry grew up during the early stages of school desegregation in Camden, Arkansas.

Public schools in his district, he said, began integrating under the “Freedom of Choice” plan. Rather than force students to integrate, they were allowed to choose which school they wanted to attend. In 1966, at the urging of his father, McHenry chose to go to what had been an all-white high school.

McHenry was in a socially awkward situation, but he made good grades in chemistry. So, he began tutoring other students, a move that helped him develop friendships.

“When I was in high school I was pretty good in chemistry,” McHenry said. “Being the only Black male in the senior class; that was challenging.

“In the library we would meet and go over chemistry. When you’re the only Black student in the school you need all the friends you can get.”

His experience set him on the path to teaching.

“That’s when I knew at some point in my career, at some level, I would be a teacher,” McHenry said.

McHenry went to the University of Southern Arkansas and later attended Mississippi State University where he earned a doctorate in organic chemistry and served as an assistant professor of chemistry.

After 12 years at MSU, McHenry served as program office for the Louis Stokes Alliances for Minority Participation where he traveled the nation helping universities implement mentoring programs for science, technology, engineering and mathematics, or STEM.

'MISSISSIPPIANS WANT THEIR KIDS TO SUCCEED’

“I love Mississippi and I love working in Mississippi,” McHenry said. “It’s an ideal place to work.

“It is designed to produce 120 more science and mathematics teachers,” McHenry said. “If we produce 120 teachers they will impact 360,000 students during their careers.”

‘I TOOK WHAT I LEARNED FROM HIM AND APPLIED IT’

“The STEM careers are the best way to shape the future,” McHenry said. “It’s the scientists and engineers that solve the problems of the future by working with students and encouraging them to go into careers that will solve COVID-19, going to Mars and develop self-driving cars.

“We don’t know all the challenges that will come up tomorrow, but if we train them today we will have folks that can address those challenges.”

McHenry’s mentoring and guidance has affected students in other fields as well. Keith Parker, Ph.D., a professor of sociology and criminal justice at Florida A&M University, met McHenry during the 1980s at Mississippi State University.

“He was in charge of recruiting eligible grad students into various programs at Mississippi State University. I was one of the fortunate candidates that met the criteria for the doctoral program,” said Parker. “He was a superb mentor. He was a fantastic administrator. I learned a lot from him. I took what I learned from him and applied it throughout my professional career.”

‘IF YOU’RE STUMBLING, HE'S THE PERSON YOU GO TO'

McHenry’s abilities are also recognized by his peers at JSU.

“The thing that stands out is he’s a leader,” said Martha Tchounwou, Ph.D., College of Science, Engineering and Technology. “He’s a very good adviser and mentor. If you’re stumbling, he’s the person you go to.”

“He’s very good with the students,” Tchounwou said. “He gets them into science so the next generation of scientists will look like him.

“He does what he can so the next generation of scientists are well-equipped. We are very lucky to have him. He’s one of those community heroes that’s behind the scenes.”