Let the People Decide: Hoping for Equality in Voting 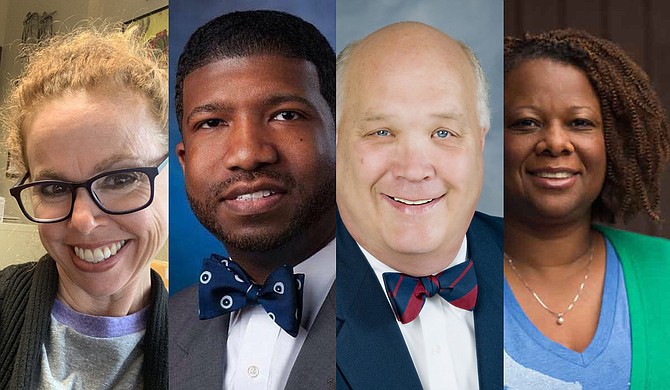 In addition to the 18 films being offered during the Crossroads Film Festival, the event will also include a handful of panel discussions. On Sunday, Nov. 15, starting at noon, panelists Dr. Stephanie Rolph, Rev. C. J. Rhodes, Dr. Marty Wiseman, and Ms. Nsombi Lambright will open a dialogue about history and change, and examine pathways that may lead to Mississippians having and more fully exercising their right to vote.

The panel, which The William Winter Institute for Racial Reconciliation sponsors, is meant to amplify and expand themes presented in "Let the People Decide," a film by Gavin Guerra that is offered during this year's Crossroads Film Festival.

Learn more about the panelists:

Dr. Stephanie Rolph is an associate professor in the history department at Millsaps College. Rolph's work focuses on white resistance to civil rights, particularly connections between Deep South segregationists and radical right allies across the country. Her first book, "Resisting Equality: The Citizens' Council, 1954-1989," is a new examination of one of the more widely known resistance organizations during the Civil Rights Movement.

Rev. C.J. Rhodes is the pastor of Mt. Helm Baptist Church and is the youngest pastor to serve Jackson's oldest Black congregation. He also serves as founder and president of Clergy for Prison Reform, Director of Religious and Spiritual Life at Alcorn State University. Rhodes has authored two books and hosts the C. J. Rhodes Show airing on WRBJ 97.7 FM.

Dr. Marty Wiseman is director emeritus of the John C. Stennis Institute of Government, professor emeritus of political science and public administration at MSU, and a guest professor at JSU.

Nsombi Lambright is executive director of One Voice. She also served as executive director of the ACLU of Mississippi, where she led the ACLU's work to end the school-to-prison pipeline, addressing sentencing disparities and other constitutional issues. She sits on the board for the Center for Constitutional Rights, the Mississippi Veterans of the Civil Rights Movement and the New World Foundation.

See "Let the People Decide" from Nov. 15 to Dec. 15 as part of Virtual Crossroads 2020. For tickets and information, visit crossroadsfilmfestival.com.