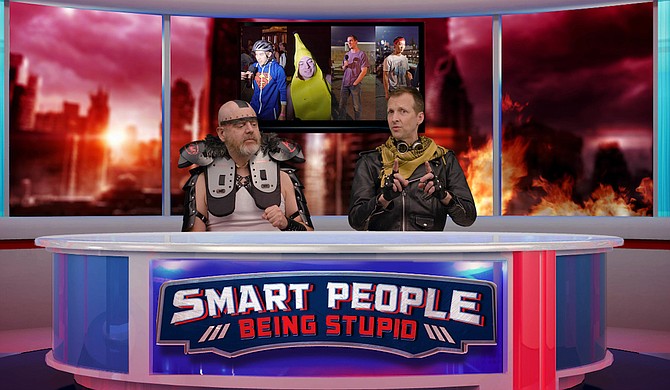 Despite the lack of people going to movie theaters because of COVID-19, Crossroads Film Society remains determined to put on a successful film festival, but this year it will look a little different: It will be completely online.

"That was a fortunate thing for us, because if we had had our film festival in April, I'm sure we couldn't have pulled it off. The fact that we moved it to the fall turned out to be a good thing for us," Crossroads' Festival Coordinator Michele Baker said.

The festival will take place through the online platform Eventive from Nov. 12 to Dec. 15, and tickets will be available for purchase starting Nov. 12. The festival typically lasts for one weekend and shows around 125 films, but this year it will last for a month and show 18 films. Workshops and panel discussions will be live-streamed, and each film will be available until Dec. 15 through video-on-demand.

Normally in her role of festival coordinator, Baker helps to create the process of selecting films and finding volunteers to work the festival and sell tickets; now, her role has completely been transformed.

Throughout 2020, Baker has been hard at work helping move the festival to an online platform.

"The hardest part has been figuring out what putting on a virtual festival means. For a long time, I was still thinking in the mindset of a physical festival, and it isn't. You just have to turn all your ideas on your head," Baker said.

One of Crossroads' missions is to  celebrate film in all of its diversity, and Baker is hoping people will still come out and support independent filmmakers and their movies, even with it being completely online.

"People are Zoomed out and have screen fatigue. I'm just hoping and praying that my films are good enough to encourage them to get back on the computer or TV and pay money to watch these indie films. There's stuff from all over the world, and it's exceptionally good filmmaking," Baker said.

Crossroads Film Society is also going to do a profit share with filmmakers. If people buy a ticket for a block of films, a percentage of sales will go directly to filmmakers. Thus, by attending Virtual Crossroads 2020, participants not only see well-regarded films, they also support filmmakers directly.

On Sunday, Nov. 15, Virtual Crossroads 2020 will release the film "Let the People Decide"—a project that was created with the help of the William Winter Institute of Racial Reconciliation. Along with the screening, Portia Espy and Von Gordon of Winter Institute coordinate a panel  discussion of the film.

"Mississippians are some of the most inspired storytellers, and these stories need to be told. These stories are important. And I feel that it's equally important to bring those other sorts of small intimate stories to Mississippi," Baker said. "I think that exchange—our storytelling going out into that world and other stories going in—makes this a vibrant place to live. I always say that film is the most equalizing of the artforms, so I think it's important to keep that as a very accessible artform."

See the full schedule for Virtual Crossroads 2020 and buy tickets at crossroadsfilmfestival.eventive.org/welcome.