OPINION: Where the Real Blood Money Lies in Fight Against Initiative 65 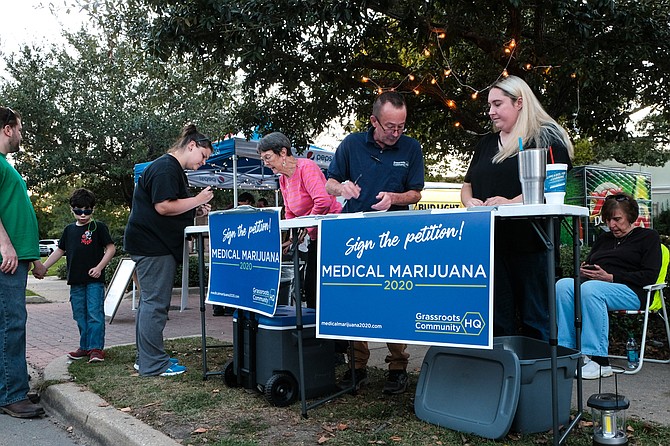 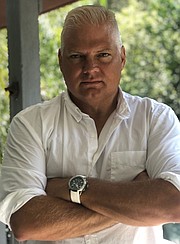 A few weeks after I left Mississippi, I stood on a tennis court in Clearwater Beach, Fla., listening to retirees chatter on the next court. This was 2014, and the talk was midterm elections, specifically a proposed constitutional amendment to create a state system for medical marijuana. But the conversation wasn’t about the benefits of cannabis, or how medical marijuana might lessen the burden on the state’s doctors and rehabilitation clinics. Instead, it was about one thing: fear.

One man fretted about the possibility that schoolchildren would gain access to THC-infused lollipops. Those retired tennis players spoke as if they had wandered out of “Reefer Madness,” the cult 1936 film where high schoolers introduced to marijuana end up committing all sorts of violence.

This same kind of ancient, fact-free fear mongering is at the core of opposition to medical marijuana in general and Mississippi’s Initiative 65 in particular. Initiative opponents seem to take their cues from career politicians like former U.S. Attorney General Jeff Sessions, whose staff leaked internal Justice Department documents threatening landlords who rented to legitimate medical-marijuana businesses with asset forfeiture. In 2017, Chris Christie, the Trump administration’s ambassador without portfolio for losing causes, called the taxes on medical marijuana “blood money.”

The truth is that the real blood money in the marijuana fight comes from political contributions from large pharmaceutical companies, ones that have a vested interest in limiting the ability of physicians to prescribe alternatives to their priciest medications. That opposition comes not just with a cost but with a body count.

In the last decade, for the first time in modern American history, life expectancy declined for three consecutive years. The cause was not a spike in crime, or a sudden leap in homicide, or combat fatalities; opioid addiction predominately drove those excess deaths of despair, heavily concentrated in the poorest states.

The top 10 pharmaceutical companies have donated nearly $12 million in the current election cycle, the lion’s share of which goes to candidates who have, time and again, demonstrated their willingness to ignore both the will of the people and mounting medical evidence in favor of medical marijuana to protect their golden campaign goose. That is just one reason why the Legislature’s consistent failure to act has been supplanted by a true grassroots expression of the people’s will that has placed marijuana initiatives on the ballot in Mississippi and four other states this fall.

How widespread is that movement? In the last four years, voters in four of the nation’s most conservative states (Arkansas, North Dakota, Oklahoma and Utah) have voted for medical-marijuana laws. Last year, a Millsaps College/Chism Strategies poll showed that two-thirds of Magnolia State residents favored “allowing qualified patients with debilitating medical conditions to use marijuana with a physician’s certification.”

Those numbers have only continued to grow. A Docking Institute of Public Affairs poll this week showed that two-thirds of the residents of notoriously conservative Kansas—the bellwether often used in academic circles to understand the popular appeal of conservative causes—support not just medical marijuana, but outright legalization.

Opponents of medical marijuana signal the false alarm that Initiative 65 would mean a wild west marijuana marketplace, but the numbers simply don’t bear out that level of fear mongering. With restrictions on the conditions that qualify for treatment, the total number of patients in states with medical marijuana laws hovers between 1 and 3 percent of the population. Among the 22 million people in rapidly growing Florida are a grand total of just 306,000 medical-marijuana patients, representing just 1.4 percent of the population.

It seems strange to hear conservative objections to Initiative 65 couched in language that argues against the rights of individuals to make informed choices for their own health. Of course, that’s been part of the GOP playbook for years on myriad other public health-related issues.

But what’s equally confounding is the anti-free market language espoused by state health officials, led by State Health Officer Dr. Thomas Dobbs. In a recent television interview, Dr. Dobbs expressed concern about the number and locations of potential medical-marijuana dispensaries. His one-man appeal, apparently for stricter zoning laws, made clear he could not argue against the medical benefits or necessity of cannabis and its derived products.

Conservative-leaning doctors’ groups have been joined by odd coalition partners, including the Mississippi Municipal League, in attempts to block Initiative 65. The Mississippi Association of Realtors joined the fray as well, essentially opining that the marijuana industry, worth an aggregate approaching $10 billion, would be a network of street-level dealers. But on this issue, it’s clear that these groups simply stand in the way of progress.

Passage of this ballot initiative won’t necessarily ease the burden on patients seeking relief through medical marijuana. Ongoing pressure from the Justice Department means that credit-card companies cannot offer services to cannabis dispensaries even in states where medical marijuana is fully legal. Other states take a more subtle approach, enacting bureaucratic roadblocks in the form of doctor licensure, prescription limits, and requiring patients to obtain annual or semi-annual certification of their conditions. Those issues require federal solutions, but those changes too feel inevitable.

Medical Marijuana Is Coming to Mississippi

Equally inevitable is the fact that medical marijuana is coming to Mississippi. The three states (California, Colorado and Washington) that regulate and tax the largest amounts of marijuana sales raised nearly $1 billion in revenue in 2018. Poor states will soon figure a way to add marijuana to the bucket of sin taxes on products like tobacco and alcohol.

The only question is whether the deliberate attempt to muddy the political waters by presenting an alternative initiative will be successful. On Election Day, voters have a chance to move Mississippi demonstrably forward with a vote of yes on Initiative 65.

A former professor at Millsaps College and resident of Fondren, Steve Kistulentz is the author of four books, most recently “Panorama” (Little, Brown & Co.) He is a former political consultant. He now lives in the Tampa area.