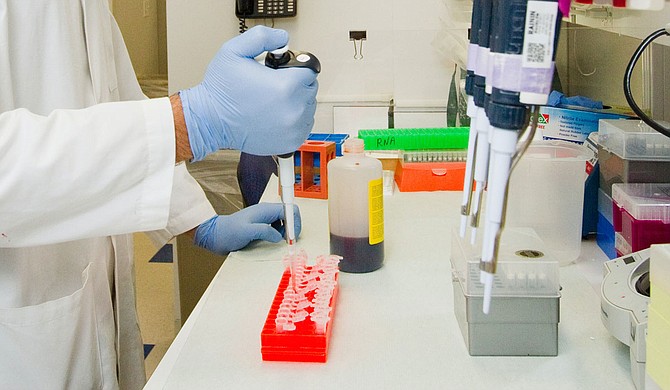 Mississippi State Department of Health’s COVID-19 testing totals include both traditional viral tests and antibody tests, a metric national health experts insist must not be included in testing totals.

MSDH reports a completed testing total of 137,973 across both private and public labs today, including an indeterminate number of antibody tests, obscuring the outcome. State Health Officer Dr. Thomas Dobbs confirmed at yesterday’s coronavirus presser that 4,055 of the previously reported total of 125,970 were antibody tests.

The difference between the two tests is simple. Traditional viral tests detect the presence of an active infection, whereas antibody tests determine if a person has ever had the disease, even if they have long since recovered.

“The viral testing is to understand how many people are getting infected, while antibody testing is like looking in the rearview mirror,” Ashish Jha, global health professor at Harvard told The Atlantic yesterday. Mixing the results together, he said, makes the results “uninterpretable.”

Dobbs disagreed with the concern over combining the two numbers, but said separating them in future reports would not be difficult. “So, you know, we can separate them out. That's not a big deal. I don't think it's an inflation of numbers. It's just a different mechanism of identifying an infection,” Dobbs said. 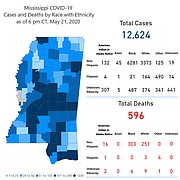 The week ends with another heavy increase in COVID-19 numbers across Mississippi. Thursday’s report from the Mississippi State Department of Health showed an increase of 255 new cases of coronavirus disease. Friday’s update brought an even greater spike with 402 more Mississippians diagnosed with COVID-19, only two below the all-time peak exactly two weeks ago. The State is now reporting a total of 12,624 with COVID-19 since the beginning of State reporting of cases on March 11.

Deaths over the last two days follow the uptick in cases. On Thursday, MSDH reported 10 new COVID-19 fatalities; on Friday that number rose to 16, three of which come from investigations of earlier deaths. A total of 596 Mississippians have lost their lives due to complications from COVID so far.

Mississippi’s struggle with its COVID-19 “plateau” continues this week, as the Mississippi Band of Choctaw Indians declared a public health emergency for its tribal lands Thursday night. The state of emergency follows COVID-19 detections in 373 residents and 21 deaths. Tribal chief Cyrus Ben is among those who tested positive for COVID-19.