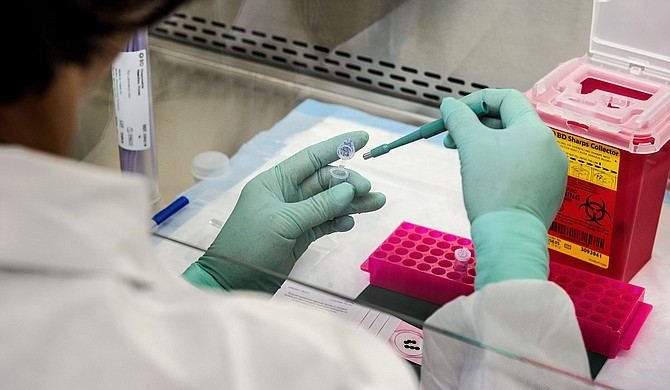 COVID-19 cases and deaths continue a steady rise, as a new pediatric condition related to the disease appears across the country. Photo by CDC on Unsplash

Mississippi reached a grim new milestone in the spread of COVID-19 across the state on Thursday, as the Mississippi State Department of Health announced the total count of detections has topped 10,000 as of late Wednesday. The Mississippi Department of Health reported 395 new cases of COVID-19 and 15 new deaths for Wednesday. Today’s report shows 318 new cases and 13 new deaths as of 6 p.m. Thursday, although two of those deaths were from May 4-5. This brings the total number of cases in Mississippi to 10,801 and deaths to 493. 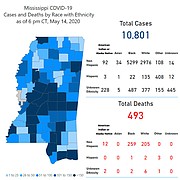 Gov. Tate Reeves called for a bit of hope in his usual press-briefing room in the Woolfolk State Office Building Wednesday and Thursday. On Wednesday, the governor praised Mississippians for taking the initiative in following safety precautions and social-distancing guidelines.

“You are really heroes to me,” Reeves said.

Reeves also announced that the moratorium on renter evictions, which has been in effect for two months, would end June 1. Reeves warned renters to “get your house in order.” The move comes amid national strife between renters and landlords.

On Thursday, the governor voiced concerns about the speed of getting newly appropriated funds to small businesses across the state. “Wall Street is going to be just fine. Main Street is where my concern is,” Reeves said.

Earlier that morning, the Mississippi Legislature had passed Senate Bill 2772 in hopes of bringing some relief to Mississippi’s beleaguered small businesses. The bill paved the way for $300 million to start reaching qualifying businesses with fewer than 50 employees.

The governor also announced a graduation ceremony streamed from his official Facebook page for Mississippi high school seniors. This ceremony will take place at 10 a.m. on Saturday, May 16. “You're going to have the opportunity to pass along your name so that I can actually read it out, congratulate you. Tell me if you were the valedictorian, tell me if you were the salutatorian.”

Dr. Paul Byers, the state epidemiologist, joined Reeves Wednesday to report a worrying statistic: “So far this year, of the 465 deaths we have seen, 45% of those deaths (are) in residents of long-term care settings.”

The names of affected facilities, however, remain unreleased, despite media challenges. State Health Officer Thomas Dobbs cited ongoing concerns for possible stigmatization if the State releases the facilities’ names. “If a center gets stigmatized, there's difficulty finding staff. And then there is a possibility of undermining the integrity of the care in those areas,” Dobbs said.

Dobbs also reported a new condition the state is keeping an eye on called pediatric multi-system inflammatory syndrome, a dangerous and potentially fatal illness presenting rashes, fever, abdominal pain and breathing issues. The condition appears to be related to previous exposure to COVID-19, and Dobbs says the disease seems to primarily affect “kids under the age of 5.”

Mississippi has only one suspected case right now, but Dobbs warns that “It's becoming a reportable condition now in Mississippi that physicians need to tell us so we can then report it on to CDC.”