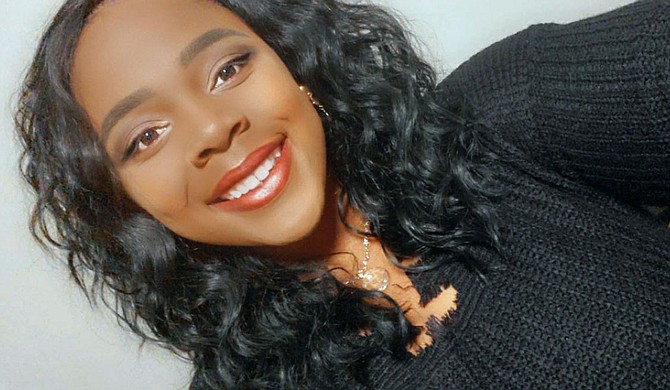 For law student Brianna Caldwell, softball served as the passion that set the trajectory for her life, eventually bringing her from Athens, Ala., to Clinton, Miss., which she says reminded her of her small hometown.

As a young child, Caldwell watched her father play for the TCB Express softball. Attracted to the game, the young Caldwell told her father that she wanted to play third base like his friend Speedy, whom she describes as being able to “run, hit, do everything.”

“You don’t want to play first like me?” her dad asked. Caldwell insisted, and Speedy taught her the ropes.

The intricacies of the game fascinate the athlete.

“There’s a passion behind the game. For the most part you are not going to be bored. It’s intense; the game can flip in a second,” she says. “People always thought I loved offense but in fact I like defense. I had a really good arm. I enjoyed throwing people out.”

Leaving Athens, Caldwell enrolled in the University of North Alabama for two years, playing for its softball team. A knee surgery precipitated a transfer to Columbia State Community College in Tennessee, where her team won a national championship and she won a world series in travel ball.

“I ended up wearing braces to hold the knee in place. My teammates helped me out,” she says. “Yeah, my college journey was very unorthodox.”

The 24-year-old graduated with a 4.0 GPA, earning bachelor’s degrees in mathematics and English writing. She credits her English study to teaching her about patterns that appear in her own writing, the history of education, how curriculums are created, and why minorities are disadvantaged in the educational system.

English also serves as a means of helping Caldwell pursue her grander passion, law. When she was around 7 or 8 years old, she would watch ‘Law and Order: Criminal Intent,’ which drew her interest in the profession. Later in life, she was told studying English during her undergraduate career would help her once she enrolled in law school.

“At first I was told that a pre-law degree is useless if you go to law school and for whatever reason it doesn’t work out,” she says. “I was initially attracted to English because I was good at it. I wanted to be effective at writing, which I now know is a key thing in law school, since all I do (now that I attend law school) is read and write.”

While studying English, Caldwell reflected on her own manner of speaking and memories from her childhood.

“I was told I ‘talked white’ as a kid, even though in my mind all I wanted to do was speak proper English,” she says. “I tell kids nowadays that there’s nothing wrong about speaking African American-vernacular English and that there’s no such thing as ‘talking white,’ either. (The way you speak) doesn't make you any less or better than anyone else. I had all these questions in my head (about vernacular), and being an English major gave me the answers.”

Having recently finished her first year at Mississippi College School of Law, her perspective on law has changed somewhat.

“You really learn about all the injustices people face and how we need better representation,” Caldwell says

At the moment, she is considering venturing into civil-rights law, although she remains open-minded. In the immediate future, she anticipates an internship later this month with the Forman, Watkins and Krutz firm, located in downtown Jackson, where she’ll be exploring tort reform and NCAA cases.