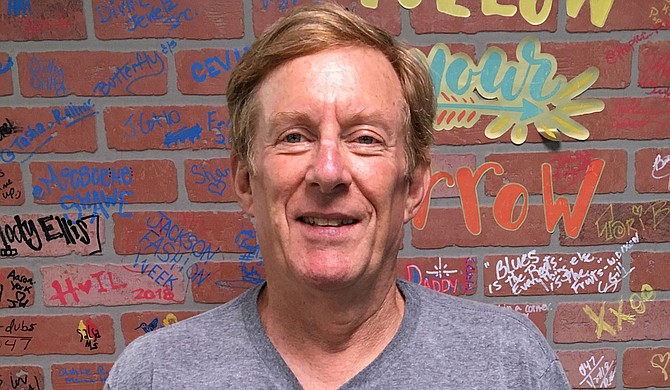 I grew up in Fairfax County, Va., which is a suburb of Washington, D.C. I enlisted in the U.S. Army for four years. My unit--the 3rd U.S. Infantry, also known as The Old Guard--includes the sentinels that guard the Tomb of the Unknowns, the Caisson Platoon and the Salute Guns used for special ceremonies. We performed funerals in Arlington Cemetery and other military cemeteries in the D.C. area. I moved to Jackson for work in 1997.

I was part of the committee helping run 1 Million Cups in Jackson with Todd Stauffer. He was having trouble getting there on time due to having to do the paper's distribution. This was also around the time that Donna Ladd was dealing with her cancer. I told him I could help him out as a driver, as it was more important for him to be the leader at 1MC and also spend more time supporting Donna.

For the JFP, I manage the lists of where we distribute the papers and the routes they are assigned to. There are 10 routes divided up among four drivers. The biggest challenge is figuring out how to optimize the distribution counts so that when we take out a new edition, there are very few if any of the previous editions left. It is always a social-science experiment as the cover art or pictures seem to drive the consumption based on the demographics of the locations.

In addition to competing in cornhole and trivia competitions, I have really enjoyed distance running since I started almost nine years ago. I am hoping races this fall will still happen, as I have signed up for the Marine Corps Marathon 50K and also the  Chicago Marathon, both tentatively set for October. I also volunteer in a number of places, including The Pink House, the Good Samaritan Center and the AARP Foundation.

I have three great and successful children. The youngest just graduated college. Because my work environment has been so flexible, I was able to be involved in everything my kids did. These days, most of my home interactions are with my two dogs. Maggie, a yellow labrador, and Curly, an Australian shepherd.