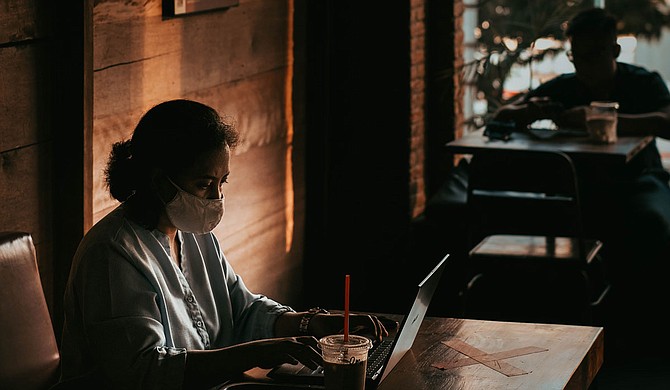 Yesterday marked a record for new COVID-19 cases—today, a record for deaths. Mississippi is one of the worst-hit states in the nation, with most schools planning to reopen for in-person classes in a matter of weeks. Photo by Bagir Bahana on Unsplash

Mississippi is suffering from yet another record week of COVID-19 infections as July ends, with Gov. Tate Reeves placing eight more counties under his growing mask order. Thirty-seven of the state’s 82 counties are now on the continually growing list, with Carroll, Coahoma, Jones, Lee, Leflore, Lowndes, Noxubee and Pontotoc counties joining the rest.

The limited mandate is part of the governor’s stated strategy, which he has argued previously is more effective than a statewide mask mandate. But he has repeatedly implored all Mississippians to join in. “If you wear a mask and maintain social distancing—at least 6 feet away from those that you are around—we can make a difference by doing these little things, so we don't have to shut down parts of our economy.”

Today, the Mississippi State Department of Health announced 1,168 new cases of COVID-19 and a staggering 52 deaths, the most significant single-day report of loss of life since the pandemic arrived in Mississippi. None of the deaths reported yesterday came from death certificate investigations.

Yesterday, the Mississippi State Department of Health announced 1,775 new cases of COVID-19, another all-time high, as well as 48 deaths, 23 of which stem from prior investigations. Record numbers of cases and deaths join long-term care facility outbreaks, which currently stand at 201, and testing positivity rate, which has fluctuated between 20% and 25% as the week has progressed.

All of Mississippi’s per capita metrics, from new cases, to hospitalizations, to test positivity rate, rank the state as the site of one of the worst outbreaks in the U.S. The coronavirus crisis is only worsening as Mississippi prepares to reopen its schools.

Reeves will spend the weekend reviewing district plans for the fall semester to gauge their sufficiency. “I've received a large majority of the school-reopening plans from districts across our state. I plan to spend a tremendous amount of time this weekend reviewing every one of them. That is my plan: to look at every individual school plan for reopening.”

Read breaking coverage of COVID-19 in Mississippi, plus safety tips, cancellations, more in the JFP's archive.

Previously, the governor indicated that he would intervene in cases where he judged the school’s reopening plan to be inappropriately strict or lax in preventing the spread of COVID-19. The governor expressed skepticism at yesterday’s press event toward “some districts, and I hope that this is this distinct minority,” which are attempting fully virtual semesters. The governor has not specified if he will allow school districts like Jackson Public Schools, which are proceeding with a virtual-only option for the fall semester, to continue with their plans.

Outbreaks in the state’s prisons, too, have begun to take shape. By Thursday, George County Regional Correctional Facility Warden Bobby Fairley told The Clarion-Ledger that 229 inmates tested positive in his prison. George County’s outbreak is the most significant thus far, although several other prison facilities across Mississippi have reported recent outbreaks.