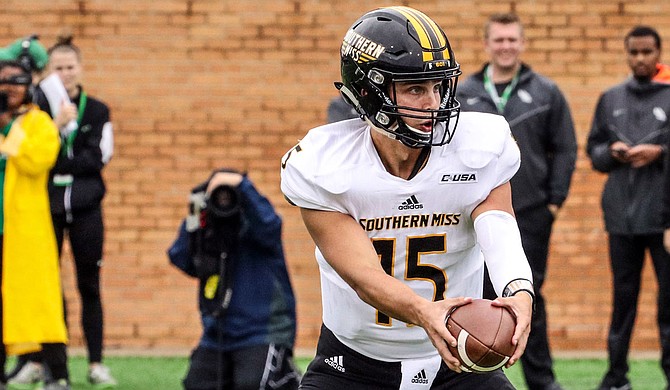 If there is a season, the University of Southern Mississippi is one of the few teams that could be a force in Conference USA. The Golden Eagles should be stout on defense and bring back last year’s starter at quarterback.

Southern Miss will rely on quarterback Jack Abraham to get the offense going in 2020. The redshirt season didn't go the direct route to USM but he has made the most of the time he has spent in Hattiesburg, Miss.

Louisiana Tech University ended up being the first stop for Abraham in college. He redshirted the 2016 season before leaving the school after just one year.

Northwest Mississippi finished with an 8-3 record as Abraham led his team to the Mississippi Association of Community and Junior College, or MACJC, title game. Just like his time in high school, Abraham ended up on the losing side as East Mississippi Community College won 67-66 to take home the championship.

Abraham finally ended up with the Golden Eagles in 2018 as he saw action in nine games. He turned out to be one of the most accurate passers in college football as he threw for 2,347 yards while completing 73-percent of his passes. He connected on 223 of his 305 passing attempts for 15 touchdowns and 10 interceptions.

Athlon Sports named Abraham 2020 Preseason Fourth-Team All-CSA at quarterback. Abraham could end up being the best quarterback in the conference if he can raise his completion percentage near his 2018 level and cut back on the amount of interceptions he has thrown.

Abraham wasn’t the only Golden Eagle to be recognized by the publication. Eight other USM players earned honors with offensive lineman Arvin Fletcher on the first team, Jaylon Adams earned first and second team honors as a kickoff and punt returner.