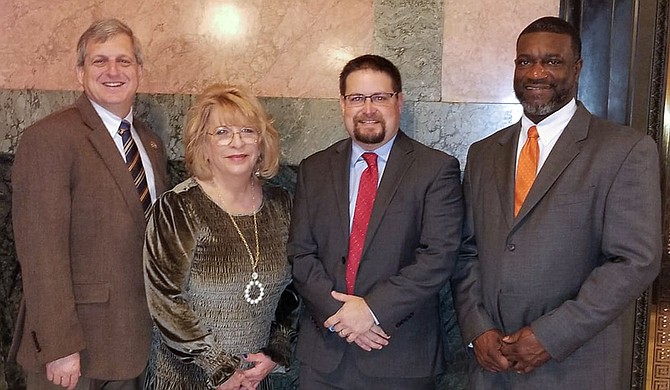 Mississippi House Rep. Ramona Blackledge, the Republican woman whom Jones County voters sent to Jackson to represent them in the Mississippi House of Representatives, is resigning just weeks into her term. Blackledge, who represents House District 88, announced the decision on Tuesday after an impasse with Republican House Speaker Philip Gunn forced her to choose between her retirement or her House seat.

Before running for the Mississippi House, Blackledge served for 30 years in office as Jones County tax collector and assessor. Last year, then-Mississippi Attorney General Jim Hood issued an opinion claiming that the Public Employees Retirement System of Mississippi board was violating the law by denying retirement benefits to legislators. PERS repealed that regulation in December. Gunn, though, is insisting on enforcing the old regulation, saying the new attorney general, Republican Lynn Fitch, may issue a different opinion.

In a Facebook post on Jan. 16, Blackledge said she and three other lawmakers in a similar predicament "have appealed over and over to Mr. Gunn and he is relentless in his opposition."

"Primary reason?" Blackledge wrote. "Jim Hood is a Democrat, and his opinion is a 'joke.'"

Mississippi legislators earn a base salary of $10,000 per year, but they also earn a per diem pay of $144 for each day they spend working at the Legislature. The legislative session usually lasts for several months during the winter and early spring, but governors can call lawmakers back to Jackson for one or more special sessions afterwards. A review of PERS' 2019 data shows that the program's average beneficiary drew about $24,400.

Blackledge will officially step down Friday. The fate of three other Republican members with retirements on the line remains unclear, though. Those members are: Rep. Billy Andrews, a retired county and youth-court judge from Purvis; Rep. Jerry Darnell, a retired teacher from Hernando; and Rep. Dale Goodin, a retired educator from Richton.

"I believed this issue was already resolved before I took office," Goodin said. "I'm very disappointed in Speaker Gunn for the part he is playing in this. I actually save the state money by retiring and becoming a representative, because I made more money while I was still going to work every day."

Gunn's refusal to allow retirees to serve and keep their benefits, Goodin said, is an affront to the voters.

"We have more important work to do than worry about this," Goodin says. "People chose all four of us that are being placed in this position to be their representative and to work to improve issues that affect them. We should be focused on that, and not if we are going to lose money we earned throughout our careers before wanting to serve our state and communities."

Gunn, though, maintains that legislators would be "double dipping" if they accepted retirement pay and a legislative salary.

"It is not right for taxpayers to have to fund both," the Daily Journal reported Gunn as saying.

The State must hold a special election to fill Blackledge's seat sometime later this year.