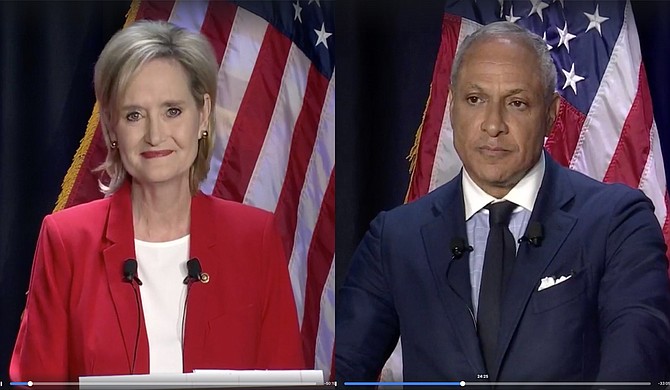 Improving health care is now the No. 1 issue among Mississippi voters, and nearly two out of three voters want the State to expand Medicaid, a new Millsaps/Chism Strategies State of the State Survey found. In the pollster's past surveys, education and infrastructure topped the list, but in its January 2020 survey, 70% said they were worried about the cost of medical care for themselves and their families.

"This quarter's State of the State Survey informs us that Mississippians are worried about the availability, accessibility and affordability of health insurance and favor expanding Medicaid by a wide margin," Nathan R. Shrader, the chairman of the Department of Government and Politics at Millsaps College, said. If Mississippi accepted the more than $1 billion to pay to expand the health-care program for low-income people that the federal government has offered every year since 2013, as many as 300,000 state residents could gain coverage, studies show. Despite broad support for it, though, the politics have been fraught, in large part because the expansion is part of former President Barack Obama's 2019 Affordable Care Act.

Gov. Reeves Against Expansion, Lt. Gov. Hosemann For It

Now, Reeves is Mississippi's new governor after beating Democratic opponent Jim Hood by 5.5 points last November. Hood made Medicaid expansion a central issue of his campaign, pointing out that the State's refusal to expand the program had already forced several rural emergency rooms to close, including in his hometown of Houston, Miss.  In the Republican primaries, Reeves also beat two GOP challengers, Robert Foster and Bill Waller, who like Hood, both supported Medicaid expansion (or "Medicaid reform," as they called it). In mailers, Reeves sought to confuse the issue, portraying both Waller in the primaries and Hood in the general election as Obamacare-supporting "socialists."

Mississippi's new Republican lieutenant governor, Delbert Hosemann, campaigned in favor of Medicaid expansion and beat his opponent, Democrat Jay Hughes, by a significantly wider margin than Reeves' victory over Hood. Hosemann told the press last month that he is not yet ready to unveil his Medicaid-expansion proposal, which he is trying to craft in a way that will help lure in reticent Republicans--and earn the new governor's signature.

The January Millsaps/Chism survey also found anemic numbers for incumbent U.S. Sen. Cindy Hyde-Smith, a Republican. Though she won a U.S. Senate special election against Democrat Mike Espy by 8-points in 2018, just under 36% of Mississippians say they "definitely" plan to vote to re-elect her.

About 29% of voters say they "definitely" plan to vote for Espy, who is running for the Democratic nomination to challenge her in a November 2020 re-match. Hyde-Smith leads Espy 45-36 once voters who say they will "probably" vote for either candidate are included, while a fifth of the electorate say they are "unsure." In a press statement on Thursday, the Espy campaign said Hyde-Smith's low approval ratings prove that her re-election is no guarantee.

"She is in the bottom half of the Senate when it comes to job approval. Being a new incumbent already having such low approval ratings makes her very vulnerable in a re-election," Espy Campaign Manager Joe O'Hern said in the Jan. 23 statement.

O'Hern noted that, unlike last time, Espy is starting the 2020 campaign with infrastructure and a game plan already in place. He also pointed to the fact that Espy begins the race in a better position in the polls than in 2018, when early polls found him trailing the Republican senator by double digits. Among self-identified independent voters, O'Hern noted, Espy leads by nine points.

"Given her flailing approval rating, it is no surprise that Senator Hyde-Smith is in an already tightening race with Mike Espy," O'Hern said. "Whether it is Senator Hyde-Smith's disturbing comments about public hangings, her open support for voter suppression at the 'other' universities, her clear track record of hyper-partisanship in the Senate or her D.C. insider ambitions, these approval numbers are a clear sign that Mississippians are looking for change and are unhappy with Cindy Hyde-Smith as their senator."

Espy and Hyde-Smith differ on a number of issues, including Medicaid expansion, which Espy supports, though it is unlikely he would be able to do anything to bring it to Mississippi as a senator; that is mostly up to State leadership.

Espy has repeatedly criticized Hyde-Smith in recent months for supporting President Donald Trump's push to curtail his impeachment trial and investigation. Even after Hyde-Smith swore an oath to "do impartial justice" as a juror in the trial last week, she has continued to publicly show her support for Trump and her opposition to the trial, which she calls a "sham."

"As the impeachment hearings begin, I will be fighting for President Trump. RT if you are with me," Hyde-Smith or one of her staffers wrote in a tweet on Jan. 22. That tweet went out during a time when Hyde-Smith should have been listening to arguments on the Senate floor without cell-phone access, though multiple news outlets reported that dozens of mostly Republican senators were leaving their seats and wandering around the halls during arguments. That followed a Jan. 21 tweet in which Hyde-Smith urged other Republicans to support Trump during the trial and "Hold. The. Line."

In the pollster's Jan. 21 press release announcing the results, Shrader noted that Mississippians across the political aisle agree on a number of issues.

"One of the trends we see in this quarterly survey is that Mississippians--who are frequently seen as being politically divided--agree on several important policy questions. Aside from strongly supporting Medicaid expansion, 78% extend negative evaluations of the State's roads and bridges, 62% support amending the State's Jim Crow-era provisions for state elections in the Mississippi Constitution, and nearly 60% want to bring teacher salary and benefits up to the southeast regional average."

The Millsaps/Chism survey was conducted from Jan. 3 through Jan. 7 with a sample size of 618 Mississippi voters, with half of those interviews conducted via cellphone and 49% via landline. The poll had a margin of error of +/-3.94%. The pollster weighted the poll based on its anticipated turnout for the 2020 elections.