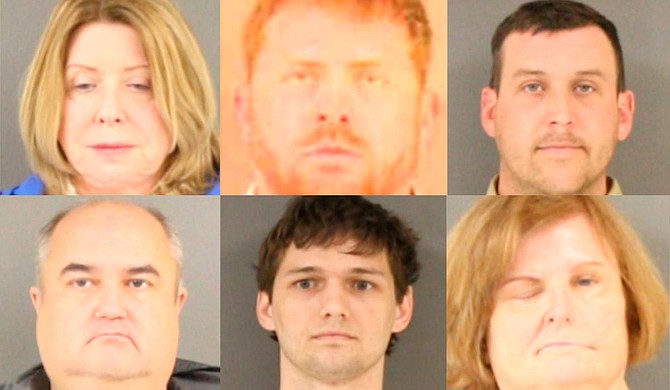 Since the last issue, a huge corruption scandal hit Mississippi with allegations of theft inside a State agency working with prominent Mississippians, Republican donors and former pro wrestlers. Here are the major accused players.

Nancy New is the director of the Mississippi Community Education Center, or MCEC, and New Learning, Inc., which runs the private New Summit School in Jackson and a sister school in Greenwood. State and local authorities allege New and her son, Zach, the assistance director of MCEC, used millions from a TANF embezzlement scheme for illicit activities, including using some of those funds to make personal investments in medical device companies in Florida.

Former pro-wrestler and Clinton native Brett DiBiase is the son of Ted DiBiase, also a former pro-wrestler once known as "The Million Dollar Man," who is now a local evangelical preacher. Brett DiBiase allegedly benefited monetarily from an embezzlement scheme that authorities claim transferred federal funds that was meant for needy families to him and others involved instead.

Former Mississippi Department of Humans Services Director John  Davis allegedly helped enrich Brett DiBiase by transferring TANF funds to him after manufacturing fake invoices claiming that the former wrestler was teaching classes about drug abuse. Authorities claim that Davis directed the News to use their state-funded nonprofit, MCEC, to pay for their former wrestler's treatment at a luxury drug rehabilitation center during the time in which the allegedly faked documents claim he was teaching the classes.