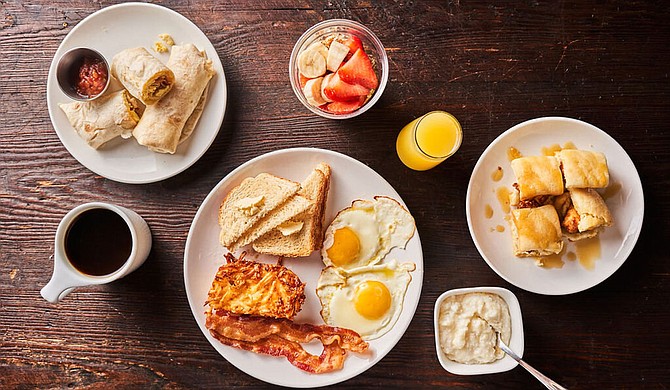 "I see opening Honey Hush as an opportunity to offer something simple that represents Mississippi," Segrest told the Jackson Free Press. "It's a place that serves great Southern food that can appeal to everybody without trying to reinvent the wheel."

More than 25 vendors will be at the show, including representatives of the Mississippi Petrified Forest in Flora, Stones and Bones of Franklin, N.C., and the Geode Gallery of Davenport, Iowa.

Jeff McCraw, owner of The Artifact Shack in Sylvarena, Miss., will display his collection of Ice Age fossils during the show, which includes a mastodon molar and tusk, bones of a giant ground sloth, a bison skull and more.

The event will also feature demonstrations of flint-knapping techniques once used to craft arrowheads and other stone tools, as well as jewelry-crafting techniques such as beading, wire wrapping and gem faceting.

The City of Jackson will host its first ever BrickUniverse LEGO fan convention at the Clyde Muse Center (515 Country Place Parkway., Pearl) on August 29 and 30. The event will include live LEGO builds, a Building Zone with thousands of LEGO bricks for attendees to build with, galleries of life-sized LEGO models and more.

Jonathan Lopes, a professional LEGO artist from San Diego, Cali., will display more than 30 of his builds, including an 8-foot-tall model of the Woolworth Building in New York City.

Chicago-based LEGO artist Rocco Buttliere will display more than 50 models of famous landmarks from around the world, including the Burj Khalifa in Dubai and Westminster Palace in London.

Other attractions include a Big Brick Building area with larger LEGO Duplo bricks for small children, a Star Wars-themed zone, a LEGO retail shop and more.

Tickets are $15 per person and are available online at brickuniverse.com/Jackson.