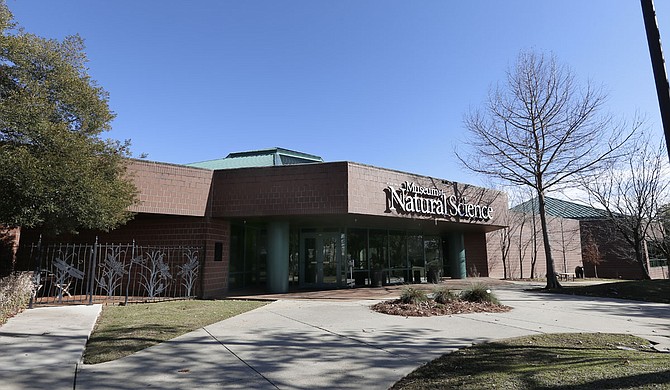 The Mississippi Museum of Natural Science is one of departing Managing Editor Amber Helsel’s many favorite places in Jackson. Photo by Imani Khayyam

Many know the story. I originally applied to be an editorial assistant, but I was woefully inexperienced; however, they eventually gave me a chance,  anyway. I started off as an editorial intern—factchecking, writing stories and helping the then-features editor with story editing, and then when the  editorial-assistant position opened up a few weeks later, I told them they should hire me (true story). I became an hourly staff member on April 1, 2013.

When I started at this paper, I was too scared to go down State Street to eat lunch at Keifer's. Now, I regularly spend time in Jackson, whether it's  eating at Broad Street Baking Company on a weekly basis or the occasion when I run beside the train tracks on Mill Street. Or at events like Fondren After 5 and Museum After Hours and the  Mississippi Book Festival. Here is some of what I've learned over the years.

Every town has interesting places to explore and things to do. Jackson certainly does. Even now, six years into this job, I still have new experiences  regularly, even if it's just trying a new restaurant (and the city has some  really good ones).

On that note, Jackson has one of the best restaurant scenes ever. Ask almost anyone visiting or living here from out of state, and they'll tell you that the food scene is one of the best things about the city. And I agree wholeheartedly, though it can be a little heavy  on the fried food.

The city's arts scene could  compete with arts scenes in bigger  cities. Jackson might be fairly small, but its arts scene is one of the best in the country, in my opinion. There's diversity in medium and genre and people, and diversity in what you can do. In the same week, you could attend someone's art show, go to a local hip-hop show and  attend the USA International Ballet Competition. And did you know that Jackson is the only city in the U.S. that is home to that competition?

It is possible to find community. I talk about community a lot because it's something that has played a big role in my life. I went for years without having a strong support system around me, and thanks to Jackson and my CityHeart Church community, I now know how it feels to have people around you who want to see you do great things. There are awesome people in Jackson who would make great community members. If you haven't found them, yet, you're not looking in the right places.

It's hard to find better people than the ones in Jackson. Many  people, including transplants from out of the state or country, have backed this claim up on numerous occasions, and I agree with them. I've met some of my best friends in the city, and Jackson has some of the most interesting people. Just look at jfp.ms/people to see what I'm talking about and read about hundreds of interesting people right here in Jackson that we feature daily.

Jackson is on an uphill slope. In the six years I've been at the JFP, I've seen the city improve dramatically. Now, a lot of the empty spaces on State Street in Fondren are filled with great local businesses, and there's regular activity in midtown. Downtown is still largely a ghost town at night, but not as much as it used to be. South and west Jackson are on the rise again, with efforts like Refill Cafe and Jacksonians like Ronnie Crudup Jr. who are working to improve those neighborhoods. While progress can be slow, I believe Jackson is on the up and up, and it can only get  better from here.

Jackson is one of the best cities ever. When I first started, I didn't know much about Jackson as a whole. I had spent some time around Fondren, but I didn't know much other than that. But this job has allowed me to see the city in a whole new light. There's so much diversity and creativity here. My church alone is composed of so many creative people. I'm pretty sure we make up a  decent percentage of the congregation.

And Jackson is a city worth  fighting for. Yeah, sure, we have potholes and crumbling infrastructure and water-billing issues, and all that. But even through the chaos, Jackson is worth the effort needed. Also, it's not the place many people from the outer counties would make it out to be. Sure, there is some crime (though there is also crime in every mid-sized and major city in the U.S., and in the suburbs and  rural areas), and our infrastructure needs a lot of help. But if you look past all that and at the people and places and things, you'll see how amazing Jackson is.

It's been a great ride, and I'm sad to see it finally come to an end. But to a close it must come. As of this  publication, I must say my goodbye as I leave to start a new job at Teen Health  Mississippi. Thank you, Jackson. And thanks to all of my co-workers and team members, too. My experience here wouldn't have been as great here at the JFP if it weren't for y'all.

Managing Editor Amber Helsel is a  storyteller who moonlights as an artist. She loves food, cats, anime and art supplies. Keep up with her shenanigans on Instagram at @ambergerfries.