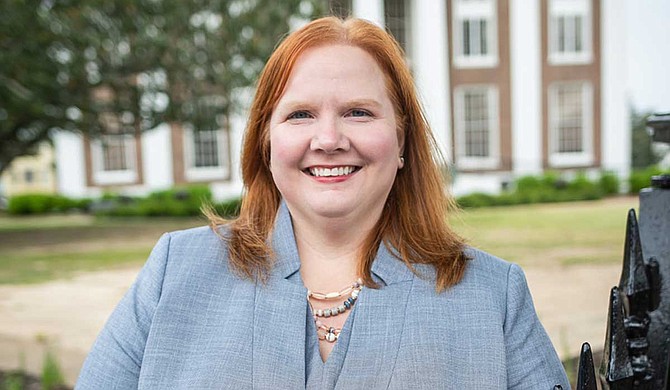 Ellen Robb, an attorney of counsel at Mitchell Day Law Firm, earned a Pro Bono Award at the annual reception of the Mississippi Volunteer Lawyers Project on Sept. 12.

After graduating from Auburn University in 1998 with a bachelor's degree in international trade with an emphasis in Spanish, Robb went on to earn her MBA at the University of Memphis in 2000 and her law degree from the University of Mississippi School of Law in 2003.

She started her law career by spending a year at the Court of Appeals and then joining Copeland, Cook, Taylor & Bush Law Firm. In 2017, she left to work as an independent attorney before coming to Mitchell Day in September this year.

"I wasn't one of the people who have always known they wanted to be a lawyer or anything like that. I studied business, and I always found the little section at the end of the chapters that talked about legal aspects or consequences (to be) the most interesting part. So I just thought that it might be something that could help me develop more of that interest," Robb says.

She has participated in guardianship clinics, helped with divorce cases and represented people in federal court who were representing themselves. She also went to training with MVLP to provide legal assistance to people whom the ICE raids affected.

Robb has also been to training sessions at the Simpson County and Madison County chancery courthouses, as well as Hinds Community College and Eudora Welty Library.

"I went to a couple of the clinics, and I enjoyed that because they teach you what you need to know there and (because) they have a class before the clients come in," she says. "You learn what's going on, and then you really get the client interaction. The people are usually pleased to have the assistance, and that can help people get where they're trying to go. A little thing can mean a lot."

Robb is vice president of the board of directors for the Mississippi Women Lawyers Association and regional chair for Alabama and Mississippi for the American Bar Association's subsection Women in Dispute Resolution.

"I didn't really set off to do pro bono," Robb says. "But you do feel like you can help people by really, in my opinion, not doing all that much, but if it makes a difference between someone being able to get a good job or grandparents being able to get their kid in school. It's just like, why don't we do this?"

Robb lives in Madison with her husband, Richard, and 3-year-old daughter, Ruby.