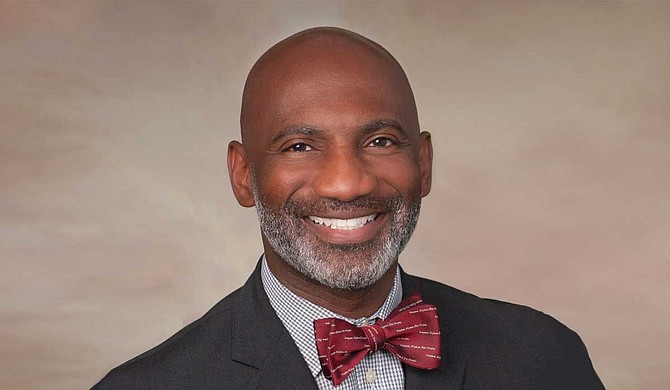 The Jackson Public School District is meeting its goal of suspending 12% or fewer of JPS students three months into the 2019-2020 school year, district officials say.

The district's efforts to overhaul suspensions is part of its five-year strategic plan that includes reducing chronic absenteeism, improving graduation rates, offering universal pre-K and increased test scores, among other targets. The district is aiming for 10% or fewer student suspensions by 2024.

Amanda Thomas, executive director of climate and wellness for the district, discussed data at the Nov. 19 JPS board meeting showing that the district suspended 8% of its student body between August and October 2019, compared to 16% during the 2018-2019 school year.

The new suspension data come amid the district's effort to change how it measures and defines behaviors that warrant out-of-school suspensions, which are often associated with dropouts and other problems. Jackson Public Schools experienced a 6% decrease in enrollment this school year over last year. Currently, 22,500 students attend Jackson Public Schools, compared to 23,900 students at the end of the 2018-2019 school year.

JPS Superintendent Dr. Errick L. Greene told attendees during the board meeting that reducing suspensions and referrals is part of the district's larger goal of creating joyful learning environments. "Our climate and wellness team has been working to ... create a space where our young people are happy and whole in the classrooms, and where learning can happen all day every day," he said.

Thomas suggested that larger student populations in district high schools may account for the increase in discipline cases there, along with administrators “acclimating” students to the new school rules and procedures.

The top five causes of suspensions, in order, are "disruption," "disrespect towards others," truancy, internet/electronics use and dress-code violations.

When presenting the data, Thomas noted that "the reasons for out-of-school suspension has changed from more physically aggressive behavior last year to behaviors that can be modeled or taught to students this year."

It is unclear where and how physical transgressions figure into the 2019-2020 school-year data, but Thomas said at last Tuesday's meeting that non-physical aggression counts as "disrespect."

'We Don't Want to Overpolice Our Scholars'

During the meeting, JPS board member Robert Luckett expressed concerns to Thomas about differences in suspension data among high schools.

"It looks like to me when you compare the high schools, there are a couple of high schools that are outliers in terms of the total numbers," he noted. "I don't know, is that more rigorous enforcement by principals and teachers, or is there something happening within the environments of those schools?"

Thomas responded by repeating her earlier comment that larger student populations in certain schools as well administrators and teachers working to acclimate students to new school rules were the likely cause of the higher suspension numbers.

At the end of the suspension presentation, Superintendent Greene reiterated the district's commitment to "working through various ways to address misbehavior thoughtfully and in a fair manner."

"We don't want to overpolice our scholars, and we've said that on numerous occasions, and we're seeking and working to live into that. However, certain behaviors have to be addressed in a way that sends a clear message that we won't tolerate those behaviors and to others that our schools are safe," Greene told the board.

CORRECTION: We originally reported that suspensions were 6% higher for high school students, but this is incorrect. We do not yet have access to suspension data, but JPS confirmed after publication that the number of discipline cases, which includes expulsions and alternative school placements, increased in high schools. We also originally reported that elementary schools and middle schools saw a 5% and 9% decrease in suspensions, respectively, but those percentages refer to decreases in the total number of infractions at those schools. We apologize for the error. JPS did not provide data showing these numbers ahead of time and stated we had to submit a public records request before getting the data for fact checking and further analysis.