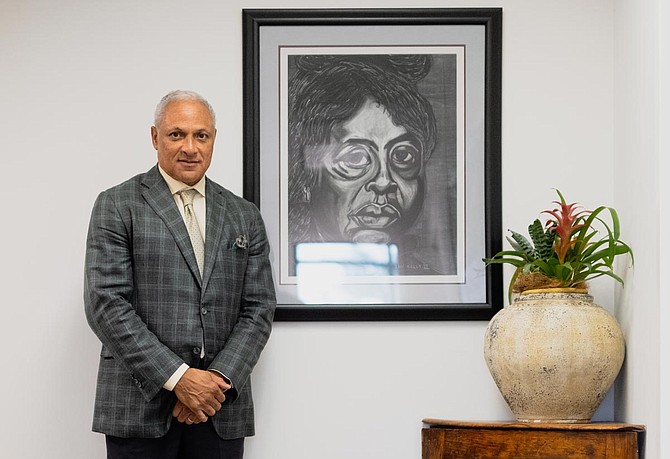 Mike Espy gave the Jackson Free Press a tour of his work office in 2018, where hangs a portrait of historic Mississippi civil rights leader Fannie Lou Hamer—one of his personal heroes. Photo by Ashton Pittman