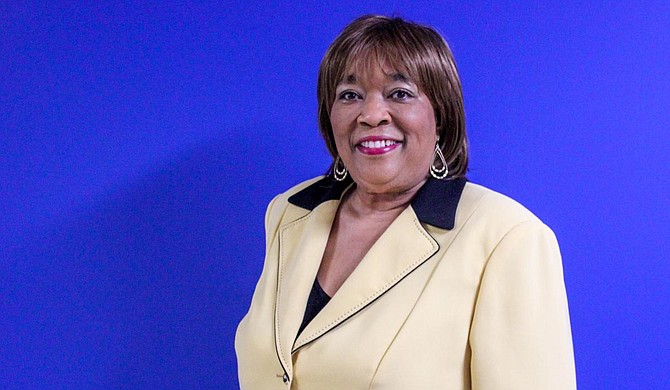 Marie O'Banner-Jackson, retired interim dean of undergraduate studies and cyber learning at Jackson State University, says she knew she wanted to be a teacher since she was in fourth grade.

O'Banner-Jackson was born and grew up in Jackson and graduated from Brinkley Junior-Senior High School, which is now Brinkley Middle School. She initially enrolled at Tennessee State University but returned to Jackson and entered Jackson State University due to financial difficulties a year later.

After graduating, O'Banner-Jackson attempted to apply for a teaching position in Mississippi's public-school system, but no principal in the state would hire her, citing "quotas."

"This was in the early 1970s, and the principals said I didn't meet the 'quota' because I wasn't the right hue," O'Banner-Jackson says. "They weren't looking for a black person as an English teacher, so I was forced to look elsewhere."

Jackson took a job as a freshman and sophomore English teacher at Utica Junior College, which is now the Hinds Community College Utica campus, in 1972. She remained there for 10 months before she decided to pursue a doctorate at Southern Illinois University in Carbondale.

She received her doctorate in English from SIU in 1978.

Later that year, she took a job as an assistant English professor at JSU. She worked there for four years before moving to South Carolina, where she worked as chairwoman of the division of humanities at Elon University. In 1984, she returned to Jackson to care for her sick mother, who passed away a few months later. She rejoined JSU's English department later that year.

During her time at JSU, O'Banner-Jackson has served as director of the JSU Writing Project and as chairwoman of development and enhancement studies with JSU's University College.

"We don't necessarily pursue our careers for the amount of money we make," she says. "I had heard that I wouldn't make money teaching, but I wanted to teach and to make a change."