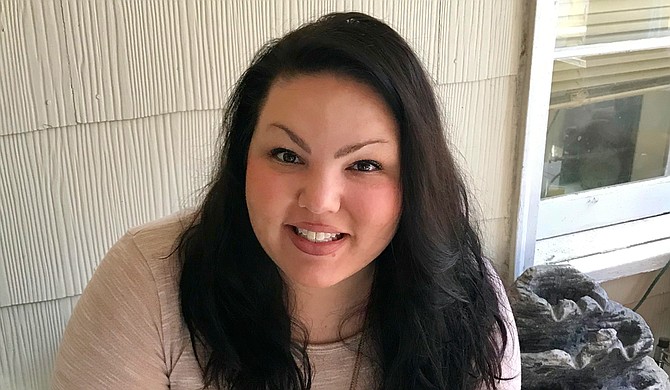 Real estate company Crye-Leike Brandon recently gave Kimberlee Haralson, a realtor who joined the company in September 2017, its 2019 Crye-Leike Rookie of the Year award for the Central Mississippi region. Haralson received the award for making the most sales transactions among new agents during 2018. The company also honored her during its annual Kick-Off meeting in January 2019.

Haralson was born in Columbus, Ga., and moved to Boca Raton, Fla., with her mother, Tracy Ramirez, when she was 14. She graduated from Boca Raton High School in 2004 and moved to Braintree, Mass., with a former boyfriend in 2005. She worked as a bartender at a bar called The Beachcomber in Quincy, Mass., until she moved to Florence, Miss., with her aunt, Kim King, in 2008.

In 2009, Haralson moved to Pearl and enrolled in the now-closed Securities and Exchange Commission Training Center in Flowood, where she studied to become a medical assistant. After completing a 12-week course there, she took a job as a health information coordinator with St. Dominic Hospital in Jackson, where she was in charge of managing patient medical records.

Four months later, Haralson took a job with University of Mississippi Medical Center as an administrative assistant to the division chair of UMMC's rheumatology department. There, she handled insurance verification, and managed correspondence between doctors and patients in the hospital.

While working at UMMC, Haralson moved from Pearl to Brandon in 2015. Her experience working with realtor Susannah Fielder with Flowood-based Keller Williams Realty motivated her to enter the real estate field herself, she says.

"I've always been interested in real estate and the idea of being able to help people buy or sell homes," Haralson told the Jackson Free Press. "When I was looking at homes in Brandon with Susannah, she always had a flexible schedule and was able to bring her daughter along with her, and it made being a realtor look like a great thing to be able to do."

Haralson began taking classes with Louisiana-based ProEducate.com, an online real estate school, in 2016. After completing the 60-hour course, she joined Keller William in February 2017. She later left her position with UMMC and joined Crye-Leike as a full-time realtor in September 2017. She is a member of the National Association of Realtors and the Central Mississippi Association of Realtors and specializes in working with first time home buyers.

"I love working with first-time buyers because becoming a homeowner is a big part of the American dream, and being able to contribute to that is deeply rewarding for me," Haralson says. "Helping someone become a homeowner means helping to change their life."

Haralson and her husband, Keith Haralson, have been married since October 2017. Their daughter, Georgia Rayne Haralson, was born on Dec. 30, 2018.