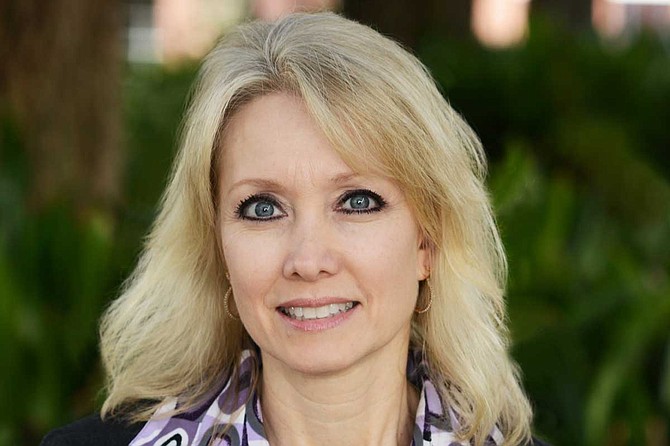 She was born in White Oak, Miss., and has lived there all her life. She graduated from Raleigh High School in Smith County in 1985. After high school, she took a job with the now-closed Unifirst Bank Savings and Loan in Jackson in 1986. She also enrolled in Southern Technical College the same year and studied computer programming, but ultimately did not finish.

In 1987, Overby married her husband, Duane Overby. The two grew up together in White Oak and both attended the same church. Their son, Shane, was born in 1992.

Overby worked as the administrative assistant for Unifirst’s chief executive officer until 1991, when she took a job as an administrative assistant and customer service representative for People’s Bank in Simpson County. She left People’s Bank in 1997 and took a job as a customer service representative for Community Bank in Forrest, Miss.

In 1998, Overby took a job as a database operator at Raleigh Elementary School, where Shane attended, because she wanted to have the same schedule as her son. A year later, Overby began attending night classes in the ASPIRE adult degree program at Belhaven University while still working at Raleigh Elementary.

“Around that time, I realized that I wanted more out of life and that getting a college degree would open up opportunities down the road for my career,” Overby says. “Belhaven appealed to me because I was a working adult with a small child and wanted a school that could fit my schedule. Belhaven has an adult program for people with jobs and families called the ASPIRE Program that was a perfect fit for me.”

She began working as an adjunct professor for her alma mater in 2012. In addition to her role as a professor and director of human resources, Overby also serves as an instructor for Belhaven’s Business Education Skills Training program.

BEST is a partnership between Belhaven University and Families First for Mississippi that launched in January 2019. The program aims to assist adults entering the workforce by providing training in critical skills such as ethics, communications and soft-skills training.

“My goal here at Belhaven is to serve our faculty and staff and make improvements to the school to make us one of the best (private) colleges in the state,” Overby says. “I think we have the team we need here to accomplish that, and I’m here to give them all the (assistance) they need to succeed.”

She also serves as a leader with the Central Mississippi Chapter of The Well-Armed Woman, which is an organization that trains women in personal protection, self-defense and firearms safety.

Duane Overby works in sales for Mississippi Ag, a company that sells heavy equipment such as John Deere tractors.