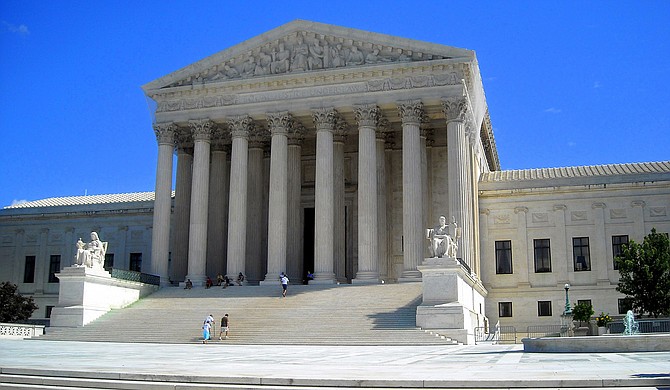 The Supreme Court sided with businesses and the U.S. government Monday in a ruling about the public's access to information, telling a South Dakota newspaper it can't get the data it was seeking. Photo courtesy Flickr/NCinDC

WASHINGTON (AP) — The Supreme Court sided with businesses and the U.S. government Monday in a ruling about the public's access to information, telling a South Dakota newspaper it can't get the data it was seeking.

Open government and reporters groups described the ruling against the Argus Leader newspaper as a setback, but it was not clear how big its impact will ultimately be.

The paper was seeking to learn how much money goes annually to every store nationwide that participates in the government's $65 billion-a-year food assistance program, previously known as food stamps.

The government lost in a lower court and decided not to appeal. But a supermarket trade association, the Virginia-based Food Marketing Institute, stepped in to continue the fight with the backing of the Trump administration, arguing that the information is confidential and should not be disclosed.

Justice Neil Gorsuch wrote for a six-member majority of the court that at "least where commercial or financial information is both customarily and actually treated as private by its owner and provided to the government under an assurance of privacy," the information should not be disclosed. He said the SNAP data qualified.

Justice Stephen Breyer wrote in a dissent joined by justices Ruth Bader Ginsburg and Sonia Sotomayor that he feared "the majority's reading will deprive the public of information for reasons no better than convenience, skittishness, or bureaucratic inertia."

The Food Marketing Institute said in a statement that it believes the ruling will "protect private financial information today and in the future."

Maribel Wadsworth, president of the USA Today Network, said in a statement that the decision "effectively gives businesses relying on taxpayer dollars the ability to decide for themselves what data the public will see about how that money is spent." She called it a "step backward for openness."

The case has to do with the Freedom of Information Act. The act gives citizens, including reporters, access to federal agencies' records with certain exceptions. A section of the law tells officials to withhold "confidential" ''commercial or financial information" that is obtained from third parties and in the government's possession. The question for the court was when information provided to a federal agency qualifies as confidential.

Previously, lower courts had said that information couldn't be found to be confidential unless disclosing it was likely to cause "substantial" competitive harm. The Supreme Court rejected that reading.

The Associated Press was among dozens of media organizations that signed a legal brief supporting the Argus Leader.