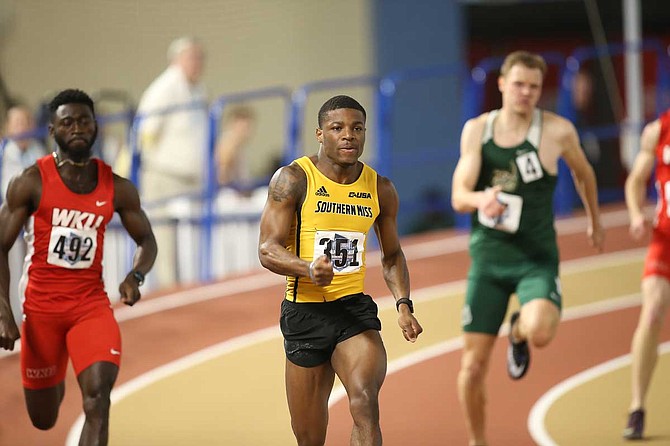 Senior sprinter McKinely West of the University of Southern Mississippi showed up and showed out at the Conference USA Indoor Track and Field Championship when he dominated at the 60-meter and 200-meter events.

For the second year in a row, West won the 60-meter. He kept up his record-shattering day when he broke the C-USA Meet record for the 200-meter, posting a time of 20.66 seconds, setting another record and winning the event for the second straight year.

Before joining the Golden Eagle track-and-field team in 2018, West went to Barton Community College in Great Bend, Kan., where he was a two-time All-American. Last season at USM, West was named All-American for the third time in his college career.

He is now a six-time C-USA Champion after winning the 60-meter and 200-meter in back-to-back years, and taking the title in 100-meter and 4x400-meter relay last year. The sprinter will be a good bet to add to his totals when the outdoor championships happen later this year.

The close of the indoor season begins another strong start for West. He will try to reach the NCAA Indoor Championships before the outdoor track-and-field season begins this spring.