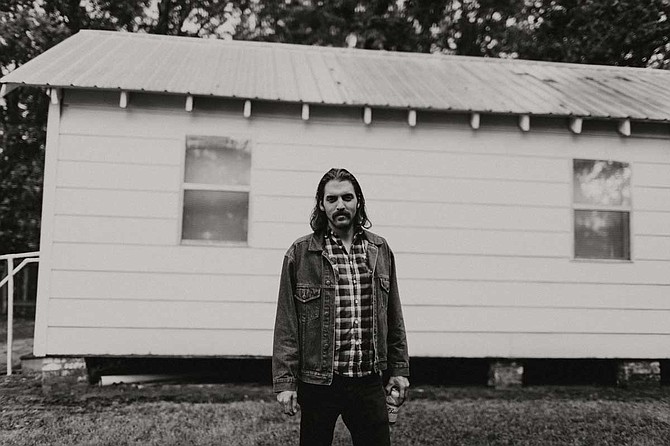 Jackson native Spencer Thomas, singer and drummer for local band Young Valley, says that his upcoming solo record, "Hangin' Tough," is built around the theme of perseverance in the face of issues such as depression and troubled relationships. "Hangin' Tough" is both the name of the album and one of the songs, and Thomas says that for him, the theme of perseverance began with the effort of "saving up sock drawer money" to pay to record the album in the first place.

"I've also had my own bouts of depression I've dealt with, and writing songs about it has been a release for me," Thomas says. "If I can explain it in a song, it makes it into a tangible thing. It lets me encapsulate what I feel so I can learn from it and move on. Songwriting also works well as a life lesson teacher for difficult relationships, whether you're in one or coming out of one."

Thomas, 27, was born in Jackson and moved with his family to Madison as a child. He graduated from Madison Central High School and enrolled at Delta State University in Cleveland, Miss. While there, he and brothers Zach and Dylan Lovett formed Young Valley in 2013.

Thomas pursued a music degree at Delta State until 2014, when he dropped out and decided to start touring with Young Valley instead. He moved back to the Fondren neighborhood in Jackson in 2015.

After moving back, Thomas began going to Tara Yoga in Flowood as a way to help deal with anxiety and depression, and is currently working toward becoming an instructor there.

"Yoga is a good, holistic means toward overcoming problems," Thomas says. "It provides a strong internal focus, and is a great way of quieting the brain and tuning out negative self-talk in your mind."

Thomas has also begun taking online classes at Delta State University to finish his degree, and should receive a social  sciences degree in August 2019.

"I think the reason I initially left Delta State was because studying music was making me overly analytical and killing my passion in a way," Thomas says. "However, I felt like now was the time to get a degree if I ever want to pursue some kind of career outside of music later in life.

"Right now, though, I plan on doing music forever. Zach, Dylan and I often talk about how songs will tell your future in a way, and help you think on things about yourself that you haven't quite accepted, yet."