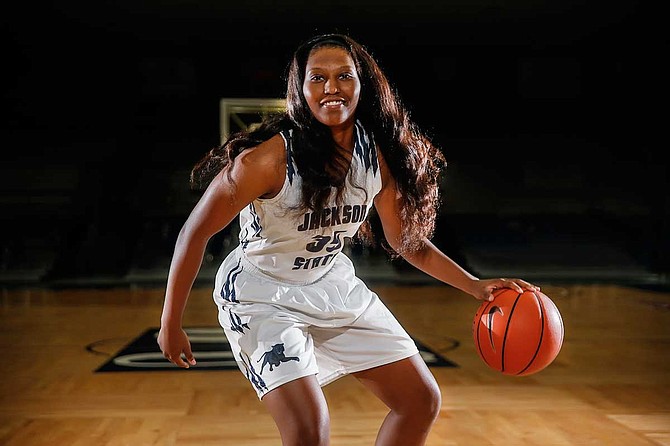 Jackson State University women's basketball team is hitting its stride at the right time. The Tigers are on a five-game winning streak and have not lost since Jan. 21 when they played against Texas Southern University.

JSU has gone from 5-12 overall and 1-5 in SWAC play to 10-12 overall and 6-5 in conference play. As the season moves toward March, the Tigers are starting to move up the SWAC standings just in time to position themselves for the conference tournament.

Senior forward Chelsea Causey kept the winning streak going over the weekend with her play against Alcorn State and Southern universities. She scored a season-high 20 points against the Braves and added another season-high with 17 rebounds and two blocks.

The Florence, Miss., native added a solid game against the Jaguars with seven points and seven rebounds. She upped her scoring average from 4.4 points per game to 5.2 and her rebounding average from 3.6 rebounds per game to 4.4 during her strong two-game performance on Saturday, Feb. 9 and Monday, Feb. 11.

Causey's big two-game outburst, in which she shot 61 percent from the field, earned her SWAC Women's Basketball Player of the Week honors. She is the third Tiger to receive the honor this season. No other team in the conference has two players or more who got it.

The 20-point game against Alcorn State was just the fourth time the forward has scored double digits. Her first double-digit scoring performance came against in a blowout victory over Spring Hill College when she scored 13 points.

She scored 10 points in back-to-back games against Southern and Prairie View A&M University, but the Tigers lost both games before starting the current winning streak. The senior has not been the biggest scoring threat this season but has scored at least one point in every game.

As a freshman during the 2015-2016 season, Causey averaged 6.7 points and 6.9 rebounds per game while appearing in 29 games. She played in just 13 games in her sophomore season but averaged 8.7 points 7.4 rebounds.

She appeared in 26 games last season, in which she averaged 5.5 points and 5.5 rebounds per game. Causey has averaged 6.2 points and 5.9 rebounds over the course of her career with the Tigers.

Causey and the Tigers will try to keep their winning streak going against currently third-place team Prairie View A&M on Saturday, Feb. 16, and against current fifth-place team Texas Southern University Monday, Feb. 18. Both contests will take place at Jackson State.

The Tigers have just five more regular-season games left after the next two. JSU would have to win the conference tournament to reach the NCAA Tournament since the SWAC is just a one-bid league.