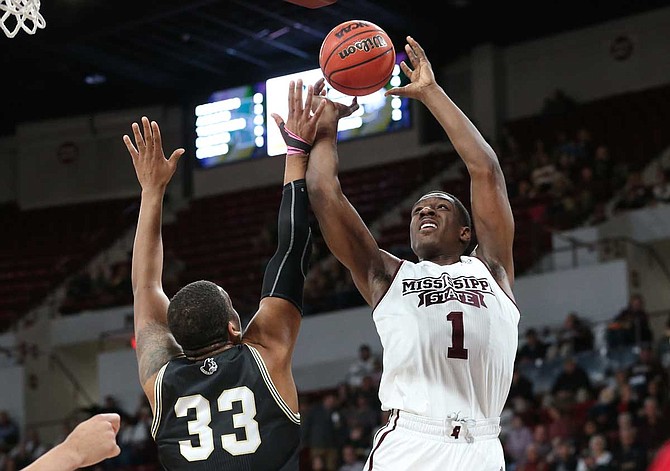 Mississippi State University ended up receiving an upset at home against arch-rival University of Mississippi in an 81-77 score at a home game in the first meeting between the teams.

The Bulldogs then took the short road trip to Oxford to face the Rebels looking to avoid a season sweep. At 3-4 in conference play, MSU needed a win to improve its SEC record to build toward postseason play. The game had major implications for the Bulldogs' chances to reach the NCAA Tournament.

Quinndary Weatherspoon put up his usual big game with 27 points, eight rebounds and four assists. But the Bulldog star got help from freshman Reggie Perry, who dropped a career-high 21 points and scored a three-point basket, giving MSU the lead for good.

Perry, a Thomasville, Ga., native, collected a double-double when he grabbed 11 rebounds, and added two blocks and assists to his breakout game.

He is a five-star recruit out of Thomasville High School and a 2018 McDonald's All-American. As a senior in high school, he averaged 22 points and 12 rebounds. He was named Georgia Class 2A Player of the Year and led his high school to its first state title in March 2018.

He is the second five-star recruit to sign with the Bulldogs under Head Coach Ben Howland. Being a Bulldog runs in Perry's blood as his father, Al Perry, played for MSU from 1975 to 1978 and still ranks third in all-time assists in program history with 510. Perry chose to play for MSU over the University of Arkansas and Florida State University.

His play has improved over the last three games of conference play, so much so that he earned SEC Freshman of the Week honors on Monday, Feb. 4.His double-digit scoring output against the Rebels was his third straight game of 10-plus points. The forward scored 10 points and nabbed 11 rebounds against a ranked Auburn University, and scored 18 points with seven rebounds and two blocks against the University of Alabama.

Overall, Perry has scored in double digits eight times this season. His first double-double scoring and rebounding game came against Alcorn State University with a 16-point effort, along with 11 rebounds, two assists, a block and a steal.

The freshman put up 15 points against McNeese State University before having back-to-back double-digit games against the University of Cincinnati and Wofford College. He scored 12 points in both games.

Perry scored 11 points against Brigham Young University before failing to score in double-digits for five straight games. After those, the freshman started his tear of three straight 10-plus scoring games.

He notched a double-double once again as MSU played LSU on Wednesday, Feb. 6, at home. The Bulldogs lost 92-88, but the freshman had 19 points, 10 rebounds, two steals, an assist and a block.