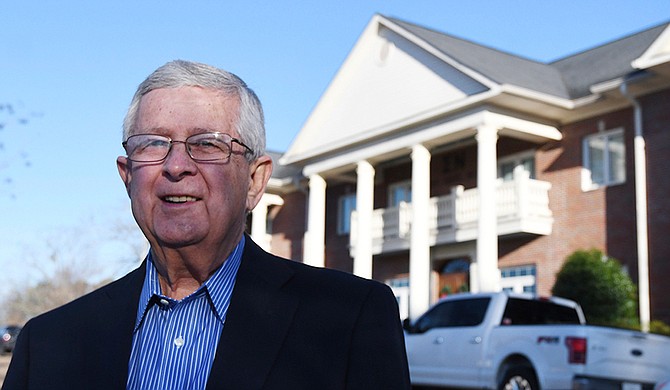 After a Facebook post from University of Mississippi donor Ed Meek sparked controversy last week, UM is seeking quick removal of his name from the Meek School of Journalism and New Media. Bruce Newman, The Oxford Eagle via AP

OXFORD, Miss. (AP)—The University of Mississippi is trying to speed up the process of considering whether to remove a donor's name from its journalism school after his Facebook post that drew backlash as being racist.

Ed Meek last week requested his name be removed from the Meek School of Journalism and New Media. He did so days after posting photos of two black women in short dresses and suggesting that they exemplify problems that could cause declining property values.

The women were Ole Miss students who said they dressed up after a football game. Both said his post was offensive.

Ole Miss Chancellor Jeffrey Vitter says Tuesday that campus councils could vote on a recommendation to remove Meek's name from the journalism school, where Meek and his wife donated $5.3 million in 2009. If the councils approve the recommendation, Vitter could ask the College Board to complete the process of removal.